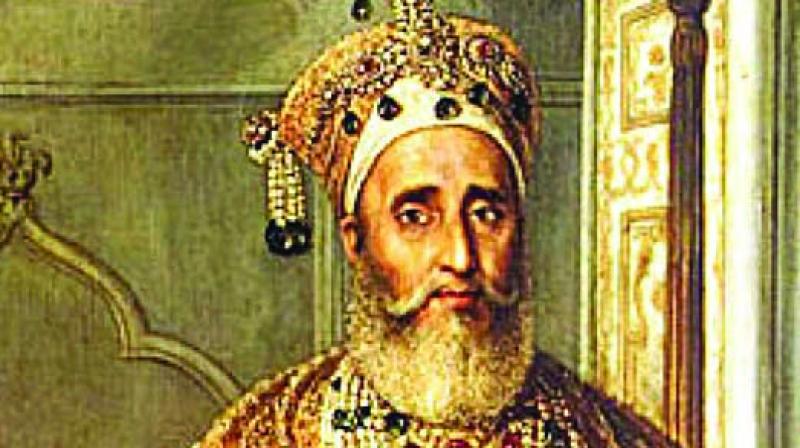 New Delhi: An hour-long documentary on the last Mughal Emperor, Bahadur Shah Zafar, meticulously researched and filmed over three years, was screened to a packed house in the national capital.

While the main conference room at the IGNCA, where the film was screened, got jam-packed, people continued to queue in to listen to the tale of the famed last Mughal, so the documentary was also parallely screened on a small screen in the lounge area where some even sat on the floor or stood near the door to catch his story.

Suresh Sharma, who directed the project, and was present during the screening, said, he was overwhelmed by the response from the city.

“The project was commissioned in 2015 and then an extensive research was carried out. The film was shot in Delhi, Kanpur, Allahabad, Calcutta and Rangoon (now Yangon),” he told PTI. Sharma said the appeal of Zafar’s persona is still so strong, especially his poetic side, which fascinates many, given he was a king and died an inglorious death.

The film in Hindi also uses rare archival images and footage to piece together the story of the last Mughal, complemented with interviews of historians Irfan Habib, Harbans Mukhia, poet Javed Akhtar and author of The Last Mughal William Dalrymple. One of the rarest images is that of a wooden building in which Zafar was said to have been imprisoned in Rangoon in Burma after being exiled from India by the British as shown in the film. Born in Delhi, the last Mughal emperor had assumed the throne in 1837 and besides his regal duties also wrote poetries, many of which are still quoted by scholars and poets alike.