In one incident, a man was charred to death in his sleep after a fire broke out in his house in Outer Delhi. 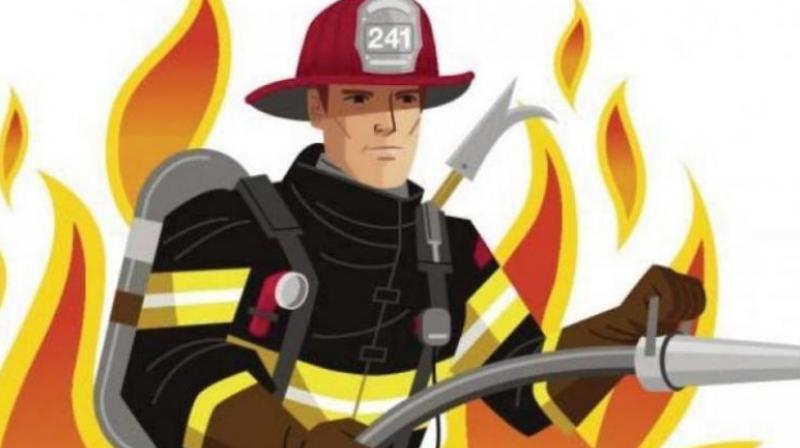 New Delhi: In two separate fire incidents, one person was killed and six others injured in Aman Vihar and Mundka respectively on Wednesday night. The injured were taken to Safdarjung Hospital.

In the first incident, due to suspected leakage in a LPG cylinder, a fire broke out in a house in Aman Vihar which left six persons injured, including two minors and their neighbour. The incident took place at a house in Meer Vihar’s M Block at about 9.30 pm.

According to police, the five members of the family have been identified as Prem Lata (40), Lakshya (11), Riya (15), Pammi (21), and Suraj (32). The neighbour has been identified as Vijay (50). The injured suffered from 70 per cent burns and are undergoing treatment at Safdarjung Hospital.

Investigations revealed that Prem Lata had gone to the kitchen around 9 pm to cook food. As she lit a matchstick, the cylinder went up in flames and soon the fire spread inside the house. Her daughters, Riya, Lakshya, and Pammi, rushed to her rescue but sustained burns while trying to save her. Prem Lata’s brother-in-law, Suraj, was trapped inside a room. Their neighbour, Vijay, managed to rescue them, but sustained severe burns himself.

Meanwhile, the fire control room was alerted. The injured were moved to the hospital with the help of the police. A case has been registered in Aman Vihar police station and a probe is underway.

In another incident, a man was burnt to death in his sleep after a fire broke out in his house in Outer Delhi’s Mundka. The police has identified the deceased as Ravi (33).

Ravi lived in Friend Enclave with his family. At the time of the incident, Ravi was sleeping in a room in the first floor of the house while his parents were sleeping in the ground floor. His wife had gone to her maternal house along with their three-year-old daughter.

The police was informed, who visited the spot and shifted his body to a nearby hospital. A case has been registered in this regard and inquest has been taken up to ascertain the cause of the fire.