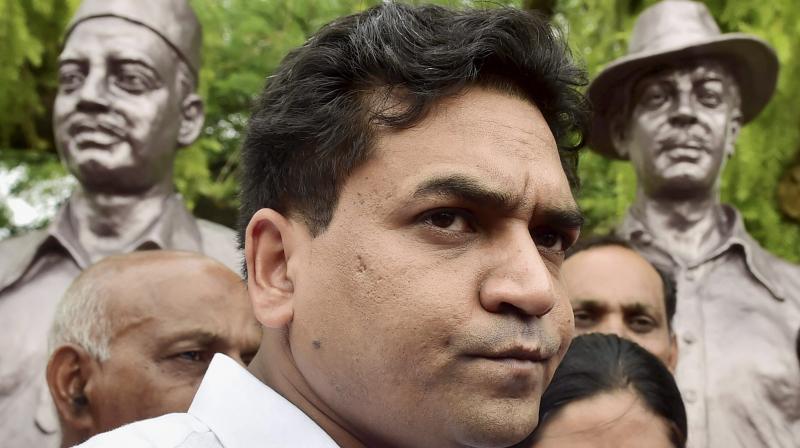 The sacked water minister was wearing a black armband in the Assembly as mark of protest against an incident yesterday, in which two persons were allegedly thrashed by the AAP MLAs for hurling paper missiles in the House.

As the proceedings of the second day of a special session were on, AAP MLA Jarnail Singh alleged that an unidentified woman had come to the Assembly with Mr Mishra with an intention to create a ruckus.

Another AAP MLA, Nitin Tyagi, also supported his claim following which Mr Mishra stood up and objected. He then got into a verbal exchange with Mr Singh, Mr Tyagi and the other AAP MLAs which prompted the speaker to ask him to sit down.

Despite repeated warnings from Mr Goel, the AAP MLAs and the sacked minister continued to argue with each other.

Subsequently, the speaker ordered the marshals to take Mr Mishra out of the House.

Earlier in the day, Mr Mishra, the Karawal Nagar MLA, wrote to the Speaker urging him that the CCTV footage of the Assembly be seized as he expressed apprehension of “destruction of evidence”, a day after the two men were allegedly thrashed by the AAP MLAs in the House.