According to reports the fire that burnt down scrap godowns in Malviya Nagar on Sunday is now under control. 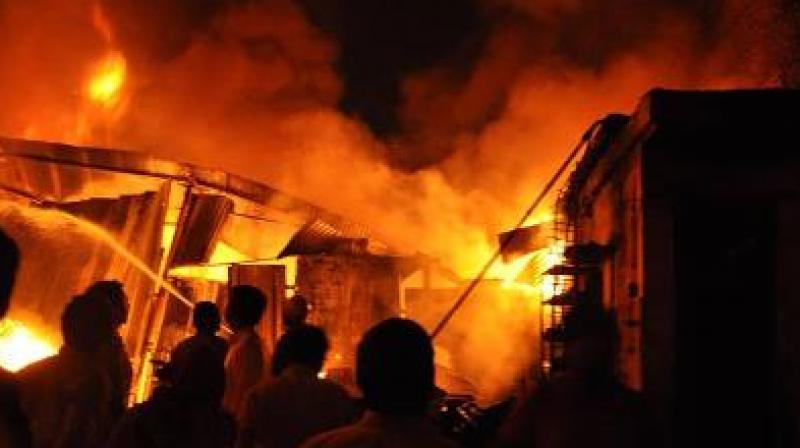 : At least one person was killed as around thirty scrap godowns in 's Malviya Nagar were gutted in a major fire on Sunday.

Besides the casualties, two people were also injured in the inferno that broke out in the early hours of Sunday morning.

Thirty fire tenders rushed to the spot to control the raging flames.

According to reports, now fire is under control.