A cardioscope monitor has not been functioning for the past 21 years. 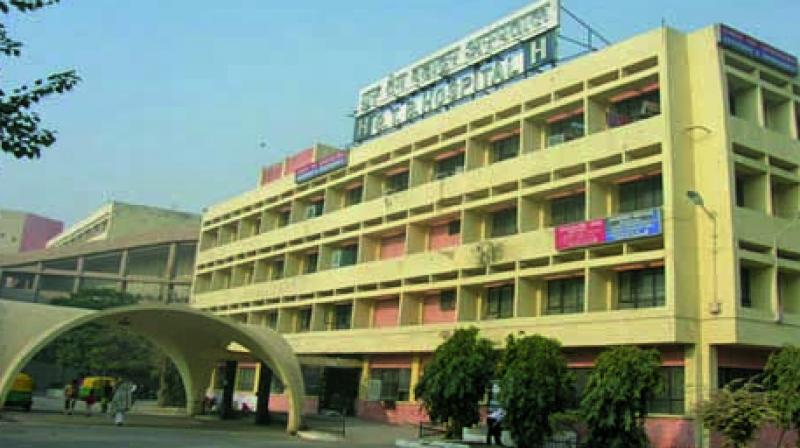 One of the echocardiography machine, used for standard two-dimensional imaging of heart, has been lying ideal since June 17, 2016.

New Delhi: Critical care equipment worth lakhs of rupees have been non-functional for the past several years in the city government-run Guru Tegh Bahadur Hospital in East Delhi. The situation in the 1,000 bed hospital, which also serves as a training centre for undergraduate and post-graduate medical students, has reached an alarming proposition with the hospital records suggesting that some of companies from which these equipment had been purchased during the past two decades were not even traceable.

These startling facts have come to light in a reply filed by the hospital in response to an RTI application by Rohini resident Raj Hans Bansal. The hospital which boasts of attending about 4,000 patients in its OPD on a daily basis, provides neurosurgery facilities to roadside accident victims and has well-equipped burn and Thallesemia care centres, is grappling hard to deal with the heavy rush of patients due to some non-functional high frequency thermotheraphy units, electro surgical diathermy system, ecocardiograph and non-invasive BP units.

The state of the critical care medical equipment clearly exhibits the way the successive governments had over the years been non-serious towards the pressing issues of the government hospitals. While the BJP ruled the city for five years from 1993 onwards, the Congress administered it for 15 consecutive years. The national capital is now under the AAP rule, whose major focus has been on health and education sector.

But, little seems to have been done by the AAP government to make the critical care medical equipment functional at GTB Hospital. The records show that the company from which the hospital had purchased two portable ventilators about 25 years ago was not traceable. And two other companies from which the hospital had purchased two other portable ventilators in 2010 have not been responding ever since their equipment became non-functional about five years ago.

The hospital said that one of the echocardiography machine, used for standard two-dimensional imaging of heart, has been lying ideal since June 17, 2016. And a cardioscope monitor has not been functioning for the past 21 years.

One of the defibrillators, used to give high energy shock to the heart through the chest wall to patients suffering from cardiac arrest, stopped functioning just three years after it was purchased in 2001. Even the infusion pump, purchased in 2003, to infuse fluids, medication or nutrients into a patient’s circulatory system, is not functioning since 2010. The company which had supplied this equipment too is non-traceable.

The Haemodialysis machine, commonly called kidney dialysis, purchased in 2010 for about Rs 8.70 lakh to pump the patient’s blood and dialyse through the dialyzer, has not been functioning since October 30, 2014. The hospital has now blacklisted the machine.