Trace stolen iPhone 7 in one hour, apprehend juvenile who snatched it. 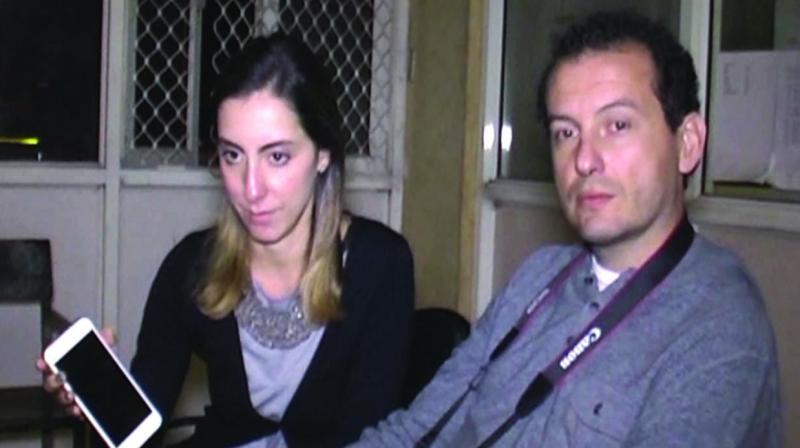 New Delhi: A Brazilian couple has complimented the city police by declaring it as the “best force in the world” after swift response by it helped trace the stolen iPhone 7 Plus of the couple within an hour. The police has apprehended a juvenile for running away with the couple’s phone.

The incident took place outside Akshardham Temple on Tuesday evening when the couple, Peitro Gustavo Robin and his wife Jersey Robin, were clicking selfies from their iPhone using a selfie stick outside the temple gates.

“While the couple were clicking pictures, a small boy, approximately eight years of age, snatched their selfie stick along with the mobile phone and fled,” said a police official.

The couple said they ran after the minor for almost a kilometer before he finally disappeared in the slums of Shashi Garden. “After frantically looking for the child in the slums, they decided to alert the police. The wife stood at the entry point of slum clusters, while the husband went back to Akshardham to call the police,” said police officials.

Robin in his statement said that the boy first approached them for alms but when they refused, he stood nearby watching them taking selfies. Suddenly, he ran towards them and snatched the phone from Jersey’s hand and fled to which the couple raised an alarm.

They approached a PCR vehicle, which alerted the cops at the Mandawali police station. The police formed several teams to conduct a search during which the boy was apprehended and the phone was recovered within an hour of being stolen. “We have apprehended the minor and the phone has been recovered. The couple seemed joyous upon receiving the phone and the prompt action,” said a police official.