news report on Saturday quoted North Delhi mayor Aadesh Gupta that there are proposals to rename Ramilia Maidan after Vajpayee. 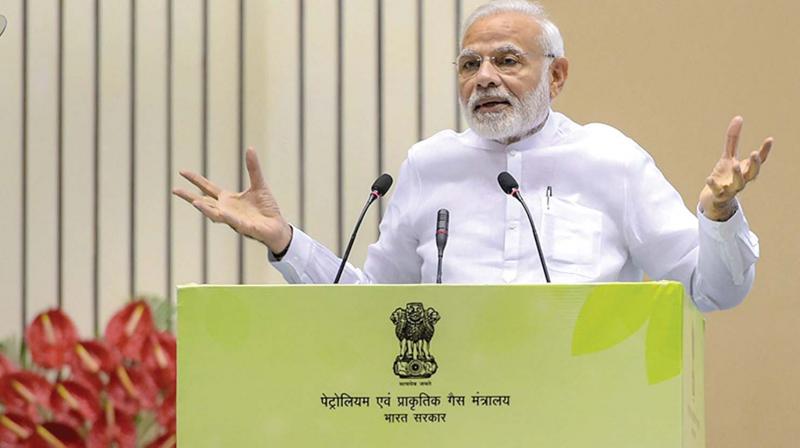 The former PM passed away on August 16 at AIIMS. According to a well-placed source in Delhi BJP, as the reports came in that the party-ruled North Delhi Municipal Corporation (NDMC) is considering renaming Ramlila Maidan after Vajpayee, PM Modi objected the move. His displeasure was conveyed to BJP state unit, with suggestion that it should not be done at any cost.

“Prime Minister Modi was not in favour of renaming the Ramlila Maidan and asked the state leadership to clarify this to public,” the source said.

It is also learnt that apart from Mr Modi, even BJP president Amit Shah and other senior leaders were not happy with the decision. Acknowledging the displeasure of the Prime Minister and central leadership of the party, Delhi BJP swung into action to control the damage already done.

It is believed that acting on the advice of Mr Modi, Delhi BJP president Manoj Tiwari said in a video message that there was no question of renaming the Ramlila Maidan. He said that some people are just trying to create controversy around it.

The issue of Delhi BJP leaders defending the move on TV debate, till Mr Tiwari clarified that Ramlila Maidan will not be renamed, did not go well with the central leadership. A party leader aware of the development said that some local unit leaders defended the move on a news channel debate without knowing BJP’s stand, thus causing huge embarrassment to the organisation.

A news report on Saturday quoted North Delhi mayor Aadesh Gupta that there are proposals to rename Ramilia Maidan after Vajpayee.

A senior party leader said it came to the party’s notice that the idea was floated by leader of House in NDMC Tilak Raj Kataria and Mr Gupta.

“Both the leaders were pulled up for the blunder they were going to do. Advisory has been issued to all the top functionaries of civic leadership to consult state leadership before naming anything after Vajpayee as he was one of the greatest leaders of BJP and the country and his name must be used sensibly,” he added.