According to a statement, the total cost of the project is Rs 530 crore and it will be recovered in three years. 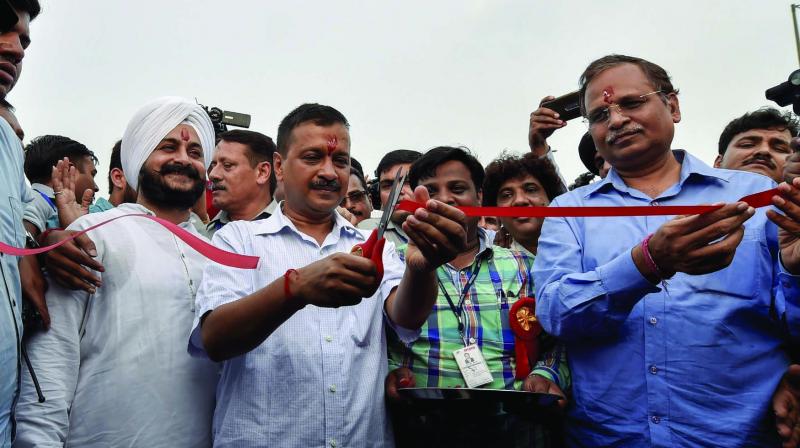 It has been conceived as south-east corridor and will work as an alternative route to congested sections of the Ring Road between the areas.

Speaking at the inauguration, Mr Kejriwal said the corridor would reduce travel time by 20 minutes and smooth and uninterrupted movement of traffic would also prevent pollution.

He said that the work done by the Aam Aadmi Party (AAP) government in the past three years could be compared with other BJP-ruled states and see who has done more work.

Mr Kejriwal also said that among other things, his government is planning to introduce a new system which will ease the process of making new documents such as licenses.

“A dedicated number would be given and when you call on it, a government employee would come to your home and collect all required documents and other details,” he said.

According to a statement, the total cost of the project is Rs 530 crore and it will be recovered in three years.