The NGO also said that financial inclusion of older persons should be strengthened in order to make every elderly (60+) financially independent. 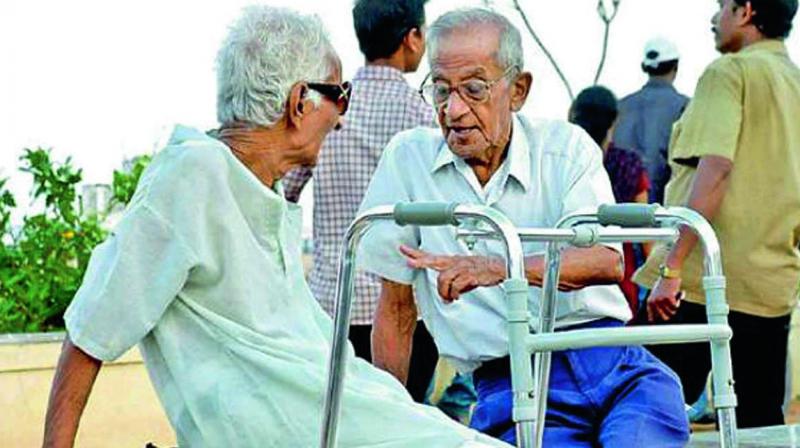 More than 45 per cent elderly persons claimed that their family members do not care for their needs and interests, while 55 per cent older persons are suffering from interpersonal issues.

Agewell Foundation, an NGO, conducted a study across the country between June and July 2017 in order to understand the pattern of problems being faced by older persons. The observations are a part of the feedback collected from 50,000 older persons by the organisation’s volunteer network spread across the country.

In view of these observations, the NGO has appealed to all concerned ministers, departments, and other stakeholders that in all government schemes, focus must also be given on the needs and rights of older people as their population is growing rapidly but they rem-ain vulnerable throughout their life in old age.

It suggested setting up of a National Commission for the aged, on the lines of National Human Rights Commission (NHRC) to advice various ministries/departments on issues related to older persons.

The NGO also said that financial inclusion of older persons should be strengthened in order to make every elderly (60+) financially independent.

“Today there is an urge-nt need to include elderly-friendly provisions in all schemes and programmes because their life span and their share in national population has increased remarkably. Ignoring their needs and rights and leaving them unaddressed can pose a great threat to our social development agenda. Older persons need to be brought into the mainstream of the nation by focusing on their issues,” said Himanshu Rath, the chairman of Agewell Foundation.