The Southwest Monsoon gives 70% of the rain to the country, where agriculture still remains a major contributor to the GDP. 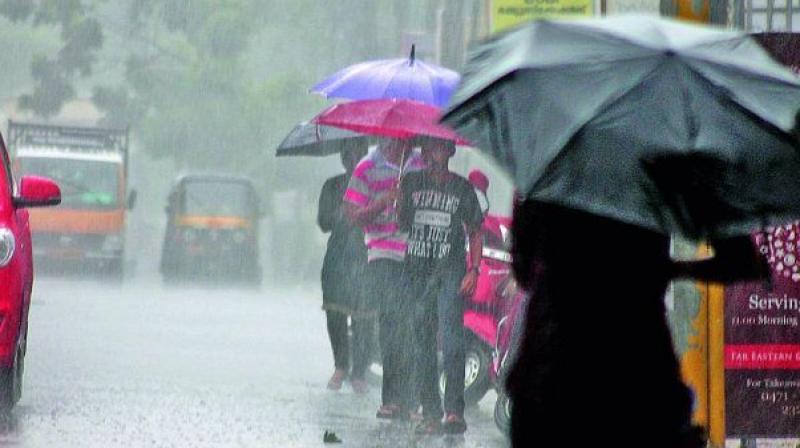 The South-west monsoon hit Delhi on Thursday, a day ahead of its scheduled arrival.(Representational image)

New Delhi: The India Meteorological Department (IMD) said that the South-west monsoon hit Delhi on Thursday, a day ahead of its scheduled arrival.

It would cover the country in two to three days, Additional director general Mrityunjay Mohapatra said. The normal onset date for monsoon in Delhi is June 29, while it usually reaches Sriganganagar in west Rajasthan, its last outpost in the country, on July 15.

“Conditions are favourable for further advance of Southwest Monsoon into remaining parts of north Arabian Sea, Gujarat, Rajasthan and thus the entire country during the next 2-3 days,” the IMD added.

This year, the monsoon reached Kerala on June 28, three days ahead of its normal onset date. It battered the western coast in the first half of the month. However, after a brief lull, it made a steady advance.

The Southwest Monsoon gives 70% of the rain to the country, where agriculture still remains a major contributor to the GDP.