The police has registered a case against the accused under appropriate sections. 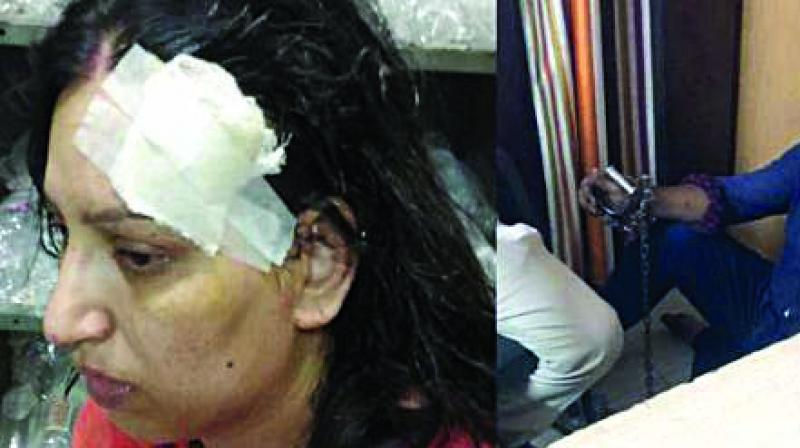 New Delhi: In a shocking incident in Delhi’s Tis Hazari court, a man attending a hearing attacked his wife with a sharp weapon. The woman was seriously injured. In addition, their son, who came to his mother’s rescue, also sustained injuries.

The accused husband, Narinder Saini, and his wife Pooja have been living separately from the past two-and-a-half years. A case is going on between them. The couple have two sons aged 11 and 9 years.

According to the information, Narendra wanted to meet his children. However, owing to the strictness of his wife, he was unable to meet them. He was very angry with her over this issue.

On Thursday afternoon, both husband and wife went to the court for the hearing of the case. At about 2.30 pm, Narendra attacked his wife outside the family court with a sharp weapon. One of their children, who intervened during the attack, also suffered injuries. Meanwhile, the lawyers present there caught the accused and handed him over to the police.

The police has registered a case against the accused under appropriate sections.