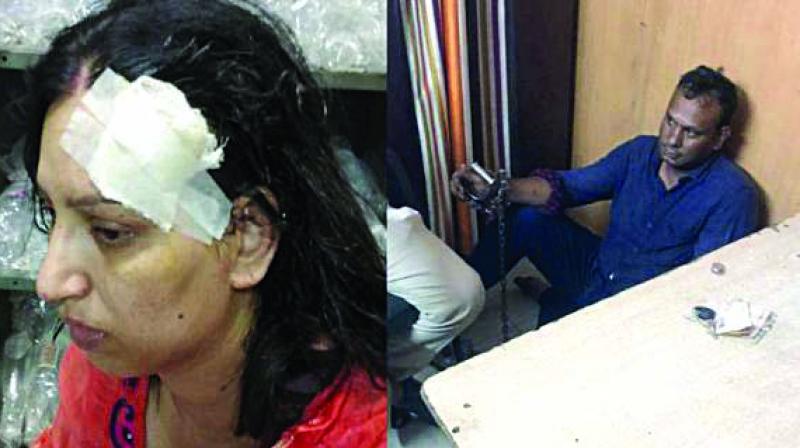 The court sentenced him considering that the victim and her daughter had separated from him after the incident two years ago.

New Delhi: A man, who pushed his wife down the staircase under the influence of alcohol and severely injured her, has been awarded three-month imprisonment by a Delhi court.

Taking a lenient view, the court said that he appeared remorseful.  The court awarded the man a sentence of three months and 12 days, the period he has already spent behind bars during trial for the offence of an attempt to commit culpable homicide punishable under Section 308 of the IPC.

The court sentenced him considering that the victim and her daughter had separated from him after the incident two years ago.

“The convict has been found guilty for offence punishable under Section 308 (Part 2) of the IPC, which attracts punishment in the form of imprisonment up to seven years... The convict has a clean record and it seems that he has mended his ways, the court added.

“Further, he appears to be remorseful. As the complainant and their daughter had already left the company of the convict, this court is of the view that a lenient view is required to be taken against the convict. The convict is sentenced to imprisonment for the period undergone by him,” Additional Sessions Judge V.K. Gulia said.

The prosecution said that a first information report (FIR) was lodged on the the victim’s complaint alleging on April 16, 2016, her husband started abusing her under the influence of alcohol and when she resisted his behaviour, he kicked and punched her.

Before her daughter could rescue her, the man pushed his wife off the stairs, due to which she suffered fractures and injuries in her hands, face and head. The incident happened at his home in Dabri, South-west Delhi.