Atishi a Rajputani, beware of her, warns Manish Sisodia

Deputy CM Manish Sisodia came to the rescue of Atishi amid the latest onslaught on her by former Okhla Congress MLA Asif Khan. 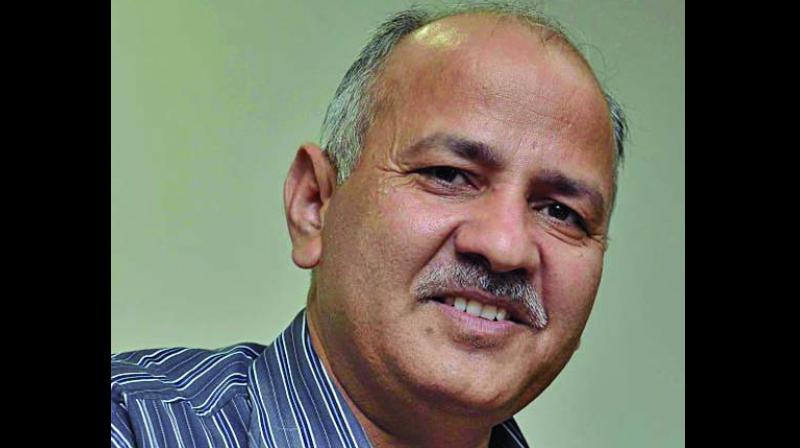 New Delhi: With AAP’s candidate for the East Delhi Lok Sabha seat, Atishi Marlena facing a diatribe over her surname, deputy chief minister Manish Sisodia has warned both the BJP and Congress to beware of her, saying “she is a Rajputani”. “I am sad that the BJP and Congress together are spreading lies about the religion of our East Delhi candidate,” said Mr Sisodia in a tweet.

“The BJP and Congress men! Be aware that her full name is Atishi Singh. She is a Rajputani. A hardcore Kshatrani...The Queen of Jhansi. Beware! She will win and create history too,” Mr Sisodia added in his tweet.

Atishi began facing diatribes allegedly involving her religion after she restored her surname Marlena in her affidavit and nomination paper to the Election Commission. She had dropped her surname last year, fearing its misuse by political adversaries.

Mr Sisodia came to the rescue of the AAP candidate amid the latest onslaught on her by former Okhla Congress MLA Asif Khan, who, in a message on social media, has been allegedly dubbing Atishi as a Jew and asking Muslims not to vote for her.

“Hindu-Muslim-Sikh Issai (Christian) Bhai Bhai but not a Yahudi. A Jew has no place in India,” he is heard, purportedly saying in a video.

Mr Khan is also reported to have told a poll campaign meeting in East Delhi that Jews have no place in India and the people have to send this message to every household.

“You may vote AAP, you may cast your vote for broom. But if you vote for a Jew, I will mind it,” he is reported to have said.

Asked about his stand on Atishi Marlena, Mr Khan told PTI: “It is my understanding that she is a Jew and this information is making rounds on social media. I also want to ask AAP leaders why did they make Atishi remove her surname Marlena if nothing was wrong with it and why he (Sisodia) has to justify it saying she is a thakurain,” said Mr Khan.

Is it not ironical that the AAP, which had come to the politics to start a fresh trend is resorting to the same casteist politics, asked Mr Khan.

Atishi also responded to the diatribe against her, seeking an explanation from Congress chief Rahul Gandhi. “I belong to a Punjabi Hindu family, and despite knowing it, former Congress MLA Asif Khan is lying about me and dubbing me as a Jew,” said Atishi in tweet.

“I have three questions to ask from Rahul Gandhi who talks of fraternity. Does he agree with this statement? Will he apologise to me? What action will he take against Asif Mohammad Khan?” asked Atishi.