Delhi: Two fall to death from flyover after bike hit by speeding car

The impact of the accident was such that both the victims were thrown in the air and fell off from the flyover. 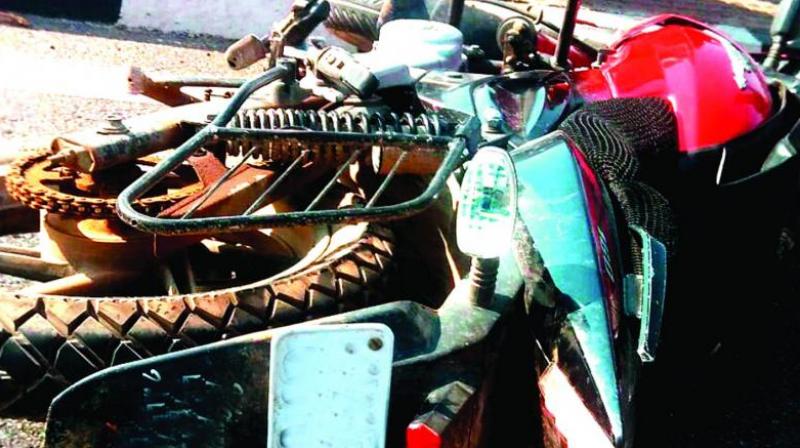 New Delhi: Two persons, including a woman, fell to their death from a flyover after their motorcycle was hit by a speeding car in southeast Delhi's Sagarpur area on Friday.

The victims, Shubham Pandey and Prachi, who were in their 20s, were on their way back home on a bike when a speeding Honda Mobilio car hit them from behind, the police said.

The impact of the accident was such that both the victims were thrown in the air and fell off from the flyover, it said.

Both of them suffered severe head injuries. While Pandey died on the spot, Prachi succumbed to injuries in the hospital.

The police said both worked in a general store in Pul Prahladpur area and were returning home after work. None of them were wearing helmets, it said.

The accused driver, Mohammad Anwar, was caught by locals and handed over to the police who said the car was being driven at a high speed.

The vehicles have been seized, the police said.