School children go online to save precious lives on roads

In India, a road accident takes place every minute and one person is killed every four minutes in a road mishap. 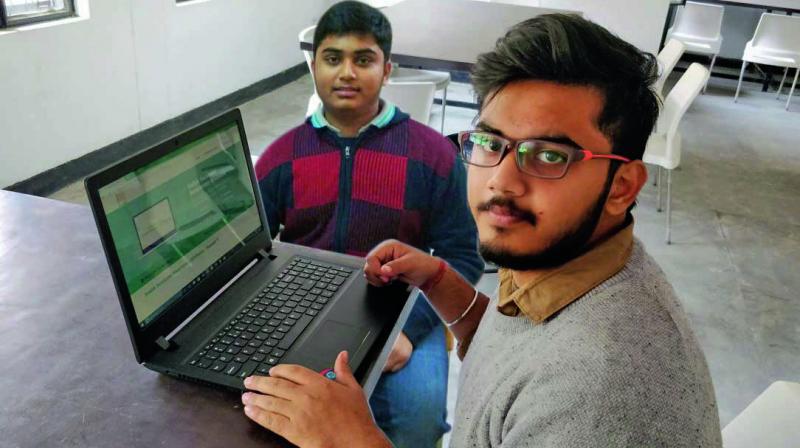 Aarambh and Manan who started the initiative.

New Delhi: In a country where 15 people are killed in road accidents every hour, school children are joining hands to promote safe driving and spread the word for saving precious lives through slogans, paintings and innovative messages in an online campaign.

Two brothers, Aarambh and Manan, have started an online initiative, Sadaksuraksha.in, to sensitise others about road safety after an uncle’s accident shattered their family.

“We want to engage students like us, who are road users and potential future drivers, to become better citizens. Imbibing the concept of road safety at an early age is important,” said Aarambh, a B. Tech student from the Lucknow University.

The latest online event launched by the two is an awareness campaign, SadakSurakshaAwareness @Schools, for school students on various issues related with road safety through an online creative medium.

The campaign is being organised with the support of more than 65 schools from Delhi, Uttar Pradesh (UP), Punjab, Haryana, Odisha, Maharashtra, Tamil Nadu and many others, who registered online.

The event with activities such as a painting show, online road safety test, slogan-making and story-telling began on January 11 and will continue till February 1.

Aarambh, whose initiative has been supported by ERPDiary online school management system and AaGaye presence system, said, “For the story-telling section, SadakSuraksha.in has created and copyrighted two characters — Sadak Pappu and Sadak Suraksha. Sadak Pappu is a male naughty character that uses roads erratically, while Sadak Suraksha is a female character that suggests rules, regulations or the right way of using road. Sadak Suraksha corrects Sadak Pappu on his erratic or wrong driving.”

“In this section, storylines from the students suggesting actions that can be carried out by Sadak Pappu and Sadak Suraksha communicating road safety issues are invited,” said Manan, a Class 11 student of Sardar Patel Vidyalaya.

In India, a road accident takes place every minute and one person is killed every four minutes in a road mishap.

According to a World Health Organisation report, 3 per cent of India’s Gross Domestic Product (GDP) amounting to a staggering `3.5 lakh crores, is lost due to road accidents. This is for a country with a defence budget of `2 lakh crores, health and education budget of `37,000 crores and rural development budget of `80,000 crores.

Aarambh said that all participants in their campaign will get a certificate that can be downloaded from the website.

“Based on the performance in different events, SadakSuraksha.in will identify a few students to be designated as ‘SS Ambassadors’. If selected students and schools agree, they will also be supported to carryout activities towards road safety in and outside schools,” he said.