No age bar for nursery admissions this year

The Delhi government’s proposed upper age limit of less than four years to be eligible for nursery. 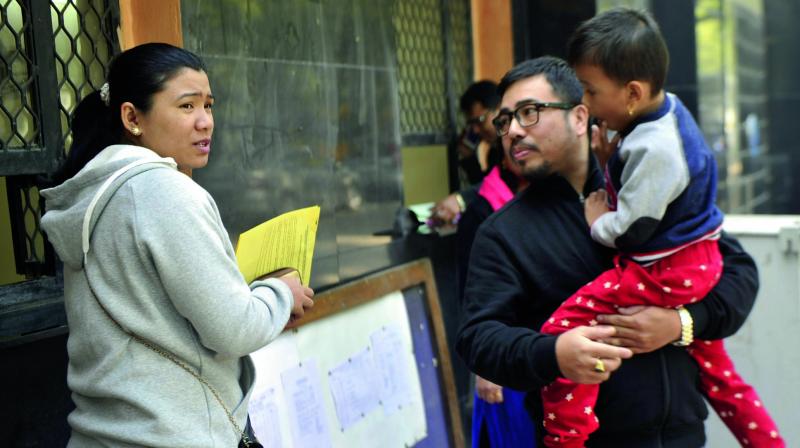 Parents with their child stand besides a notice board at a school in New Delhi on Wednesday, the first day of the nursery admissions. (Photo: GN Jha)

New Delhi: The nursery admission process for approximately 1,600 private schools in the national capital began on Wednesday with the government deciding not to impose any upper age limit this year. Parents have time till January 17 to fill the application forms.

The Delhi government’s proposed upper age limit of less than four years to be eligible for nursery, less than five years for kindergarten and less than six years for admission to Class 1, was challenged in court.

Though a high court order earlier this year had allowed the imposition of the upper age limit, the Directorate of Education has decided that the order will be applicable only from the next academic year.

“Schools were given time till December 26 to upload the criteria that they are adopting to conduct the admission and were instructed to stay clear of the 62 criteria abolished by the Delhi High Court in a 2016 order,” a senior DoE official said.

Apart from the abolished criteria, the schools have been given autonomy to come up with their own points system, the official said. The first list of selected students with points allotted to them will be displayed by February 15.