It has a capacity to handle 12 million passengers per annum. 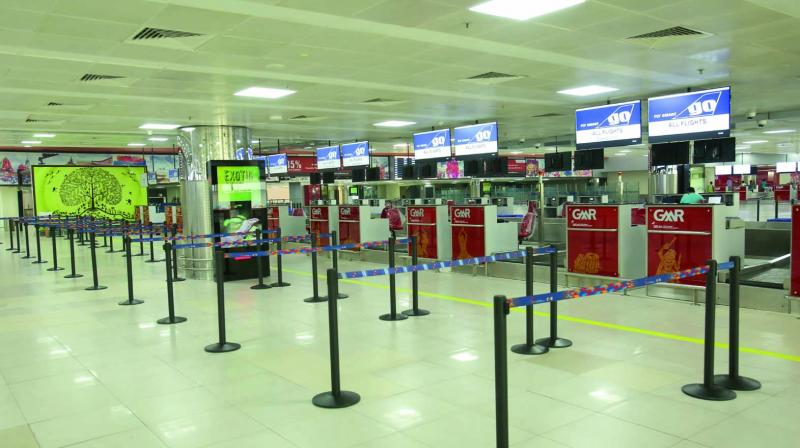 The refurbished interiors of Terminal-2.

New Delhi: The revamped Terminal-2 of the Indira Gandhi International (IGI) Airport is all set to open on Sunday. Private air carrier, GoAir, will operate from the new Terminal-2, while the other airlines have so far not shown interest to shift their base to the revamped terminal.

IGI operator Delhi International Airport Ltd (DIAL) has asked private airlines such as SpiceJet, IndiGo and GoAir to ensure that one-third of their existing flights shift immediately from Terminal-1 so that each airline has enough access space at the IGI airport.

“We are in consultations with the stakeholders— SpiceJet and IndiGo... we have given them time to shift (some of their flights) to Terminal-2 by January 4 next, Dial’s chief executive officer I.P. Rao said.

The deadline for three low-cost carriers to shift their operations from Terminal- 1D to Terminal-2 was by October-end, he added.

The Terminal-2 has been given a face-lift in order to ease the runway woes as well as the terminal capacity crunch at the IGI. The infra crunch was supposed to have eased in the upcoming season, with its three runways handling six more flights every hour and the jam-packed Terminal-1 getting some breathing space.

The minutes of the meetings by Airports Authority of India (AAI) on slot allocation this winter shows that the IGI Airport’s runways will handle only 67 flights per hour, 62 schedules and five are VVIP, defence and charter flights.

According to aviation authorities, the IGI airport’s three runways will handle 73 flights per hour this winter. This was supposed to lead to six to seven more flights per hour from 6 am to 11 pm, meaning an increase of almost 120 flights a day.

This will lead to more choice for air passengers through increased frequencies and new destinations being connected to Delhi. The Terminal-2 has a design capacity of handling 12 million passengers per annum. It has the similar facilities compared to any worldclass terminal. It will also have radio taxis and black and yellow taxi services. This apart, the revamped terminal will also have inter terminal connectivity shuttle service, he said.

There is a transfer facility available within the Terminal-2 should there be any transfer requirement between Terminal-2 and Terminal 3, even though it is a walkable distance. From Terminal-1 the passengers can take a shuttle service to Terminal-2. The Terminal 2 has its own dedicated parking for staff as a well as passengers, the Dial CEO said.

The Terminal-2 is well connected to airport metro line and it is at a walking distance from Terminal-3 metro station. The old existing art works in Terminal-2 have been restored and some new art works in sync with the theme were also introduced.

The new interior colour theme was applied to check-in counters, retail areas, boarding areas and washrooms among others to give a new feel to the passengers at the refurbished terminal. Looking to the basic necessities, the revamped terminal-2 will have drinking water facility, including a water fountain.