Metros   Delhi  28 Sep 2018  ‘Mahagathbandhan’ in Delhi’s interest, AAP should be a part of it, says Goel
Metros, Delhi

‘Mahagathbandhan’ in Delhi’s interest, AAP should be a part of it, says Goel 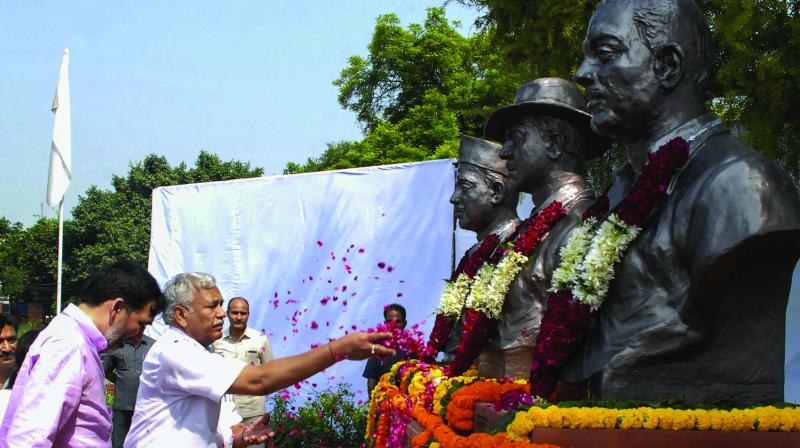 New Delhi: Taking a contrasting stand from AAP supremo Arvind Kejriwal on his party’s participation  in the ‘Mahagathbandhan’, Delhi Assembly Speaker Ram Niwas Goel Thursday said such an alliance would be in the interest of the national capital and the party should be a part of it.

In August, Mr Kejriwal said in Haryana’s Rohtak that Aam Aadmi Party (AAP) would not be a part of any Opposition alliance for the 2019 Lok Sabha elections.

Speaking to reporters on the sidelines of an event to pay homage to Vithal Bhai Patel and Bhagat Singh on their birth anniversary, Mr Goel said, “It is not appropriate to speak on this topic. “Yet I understand it will be in the interest of Delhi and the country if the Mahagathbandhan comes about and the party(AAP) participates in it,” he said. The Speaker, however, categorically rejected the possibility of AAP’s alliance in Delhi.

“For Delhi, we will not do (alliance) with anyone,” he told PTI.