The police said that the couple had called the deceased home three days ago, strangulated him to death and hid his body inside a store room. 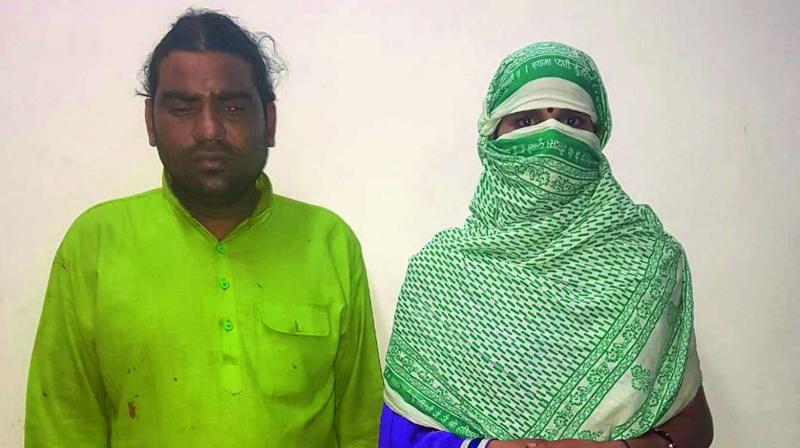 New Delhi: A priest and his wife has been arrested by the Delhi police for allegedly murdering a 30-year-old man and later setting his body ablaze. The police said that the couple had called the deceased home three days ago, strangulated him to death and hid his body inside a store room.

The police said that the deceased, Chandra Shekhar, hailed from the accused village and was involved in a relationship with his wife. To get rid of him, the couple decided to eliminate him.

The incident took place in Gandhi Nagar’s Kailsah colony. The decomposed semi-burnt body was recovered from the house’s terrace of the priest, identified as Lakhan by the police, on Wednesday morning. Probe reveals that the couple, after strangulating Chandra Shekhar to death, had hid his body on the house’s terrace inside a store room. However, they got a cold feet when the body began to decompose and foul smell started to emanate from it on Tuesday night.

To get rid of the smell, the couple poured kerosene and set the body ablaze. However, they ran out of luck when a neighbour spotted the body and informed the police. The team along with sniffer squad visited the spot and carried out a probe. As the team reached the spot, the body was found half-burnt.

As the team neared the body, a foul smell emanated from it following which the police sensed something amiss and questioned the priest.

The police further said that earlier, the couple tried to misled the police. However, when subjected to intense questioning, they spilled the beans and told the police that Chandra Shekhar was stalking his wife.

Lakhan, who hails from Uttar Pradesh, also claimed that his wife and  Chandrashekhar were in a relationship. The police has sent the body for post-mortem.