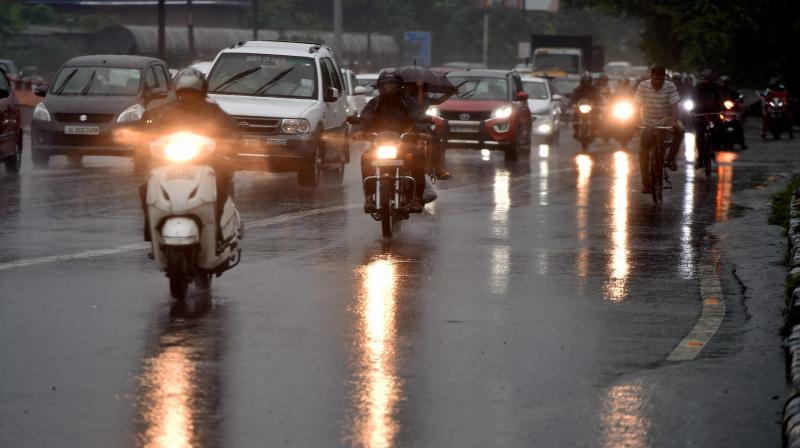 The Meteorological department had warned of moderate to heavy rains throughout the day. (Photo: PTI/Representational Image)

New Delhi: Heavy rains for the second consecutive day on Friday led to waterlogging and traffic congestion in the national capital, compounding problems for commuters.

The Delhi traffic police on its Twitter account kept posting updates about the situation as people vented their ire on social media over waterlogged roads.

There was waterlogging on the road between Nangloi and Najafgarh, specially near the Satyabhama hospital, where potholes compounded the problem, the traffic police said.

Heavy traffic congestion was witnessed on the carriageway of RTR Marg from Vasant Kunj towards the IGI Airport, the traffic police said, adding that waterlogging also led to congestion at Okhla Mandi, Badarpur railway underpass, under IP flyover, under Modi mill flyover, Jawaharlal Nehru Road and other areas.

In Ghaziabad, many schools remained shut under the directions of the district magistrate on account of heavy rains and adverse weather conditions.

The Meteorological department had warned of moderate to heavy rains throughout the day.