He added that new schemes were not being taken up, while old ones were being dumped. 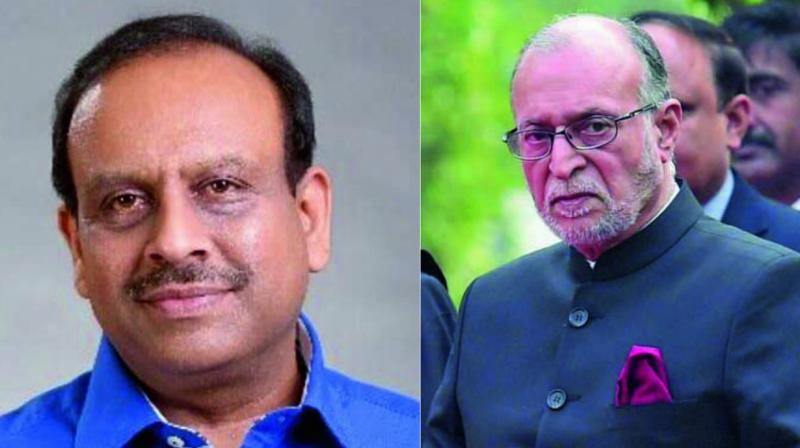 New Delhi: The Delhi BJP on Friday blamed the Kejriwal government of “mishandling” the ration system and its “inability” to issue new ration cards for the Mandawali-like incident in which three minors died due to starvation.

A delegation comprising Leader of Opposition Vijender Gupta and BJP MLAs O.P. Sharma and Jagdish Pradhan on Friday called upon lieutenant-governor  (L-G) Anil Baijal to seek his intervention in “resolving the major issues afflicting the Kejriwal government” and alleged that the government was not willing to take action against four lakh fake ration card holders.

“Knowing that more than four lakh ration card holders in Delhi are fake, the government instead of cancelling them has has extended the facility at the cost of poor people who actually deserve it,” Mr Gupta said.

He called upon the L-G to direct the Kejriwal government to ensure that fake ration cards are cancelled forthwith and new ones are issued to the poor people who are being denied cheap ration.

Mr Gupta further said that the government has failed to set up even a single Aam Aadmi canteen during its three-and-a-half years rule so far.

The delegation added the Kejriwal government had failed to implement schemes due to irregularities and corrupt practices rampant in the Delhi Jal Board (DJB) and has “hardly made any effort to clean the Yamuna.”

He added that new schemes were not being taken up, while old ones were being dumped. They urged the L-G to take “action on the government’s failure to harness irregularities and corrupt practices”. the BJP MLAs said.