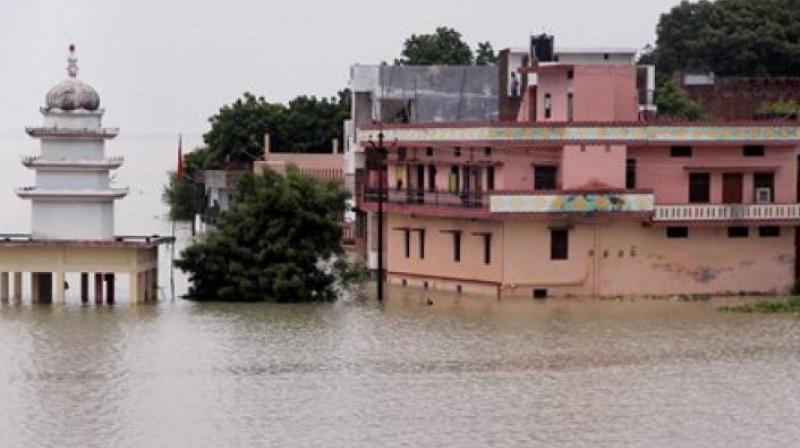 New Delhi: The Delhi government has issued its “first” flood warning after Haryana released around 1.3 lakh cusecs of water in the Yamuna river on Thursday morning, even as the water level in the river in Delhi is flowing near the danger level.

Rescue boats have been kept on standby and officers of the irrigation and flood control department have been directed to keep a vigil on the low-lying areas.

With at least 10 embankments along the river, the released water is unlikely to flood the main city. When Haryana releases water for the first time after heavy rain, it takes more time to reach Delhi as it gradually spreads in the floodplains and the river. However, people living on the riverbed are vulnerable.

“At least 15,000-20,000 families live in slums on the floodplain. If the water level increases, people in low-lying areas in North Delhi may have to be asked to move to higher grounds,” said an official from the flood control and irrigation department.

“The Haryana government released 1.36 lakh cusecs of water on Thursday. The water would take at least 48 hours to reach Delhi. We have issued a first warning,” the officer said.

On Thursday, Haryana released 1.31 lakh cusecs at 8 am, 1.36 lakh cusecs at 9 am, and 1.25 lakh at around 10 am. When the third warning is issued, people in extremely low-lying areas are advised to shift.

“The water level in the Yamuna (at old Iron Bridge) is already flowing near the danger mark. While the present level is 203.4 m, the warning level is 204 m. The danger level is 204.8 m,” said a senior official.

“This water would not have any effect on the city but on shanties and farmlands on the river banks, particularly in very low-lying areas such as Garhi Mandu, Usmanpur, and Sonia Vihar, could be affected,” said an official.