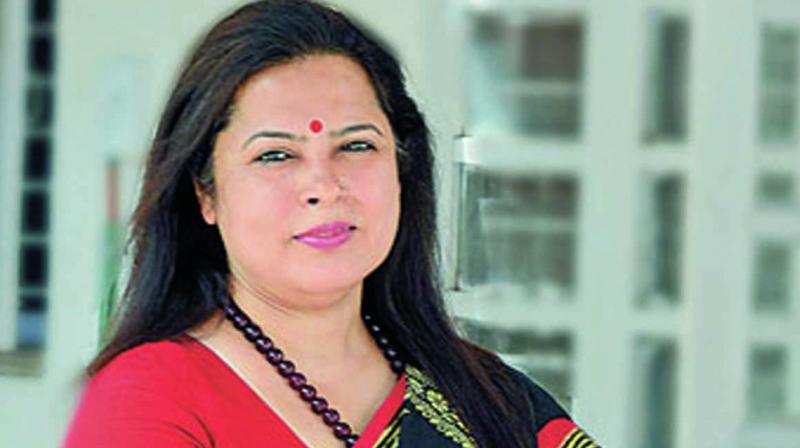 New Delhi: The students of JNU must take an oath of protecting the shine of India’s pride and nationality, BJP MP Meenakshi Lekhi said on Thursday, while supporting a demand by JNU vice-chancellor M. Jagadesh Kumar to install a battle tank inside the campus.

Ms Lekhi, raising the issue during Zero Hour in the Lok Sabha, also criticised attempts to create a “controversy” following the call by the JNU vice-chancellor to install the tank.

She said “anti-India” slogans like “India will be broken” were raised inside the campus and such activities cannot be allowed to continue.

“It is very unfortunate. A controversy is being created following the vice-chancellor’s views. The JNU is run by taxpayer’s money. Anti-India slogans were raised inside the campus. It is an insult of those protecting the border,” Ms Lekhi said.

The BJP MP from Delhi said the JNU students should take an oath that they will protect the country’s pride and nationality.

Justifying the JNU vice chancellor’s demand, she said replica of aircraft were installed at various places including schools and students find them very interesting.

“There was an aircraft in my son’s school. It was encouraging for the students. There is nothing wrong in the V-C’s demand,” she said.

On July 16, while participating in an event in the JNU to celebrate the Kargil Vijay Divas, requested minister of state for external affairs V K Singh to install a tank inside the campus.

The JNU VC’s demand drew widespread criticism from a number of political parties as well as some students of the university.

Earlier on Wednesday, while clarifying his stand to install an Army tank on the JNU campus, Mr Kumar said the idea is to have kind of “symbol” on the campus, which signifies a link between JNU and the cadets who passed out from these institutes.

“The alumni passing out from these defence institutes said why not have a symbol on the campus... It could be a tank, an aeroplane, a ship or another kind of thing, which signifies the link between JNU and the cadets who passed out from these institutes,” Mr Kumar had said.