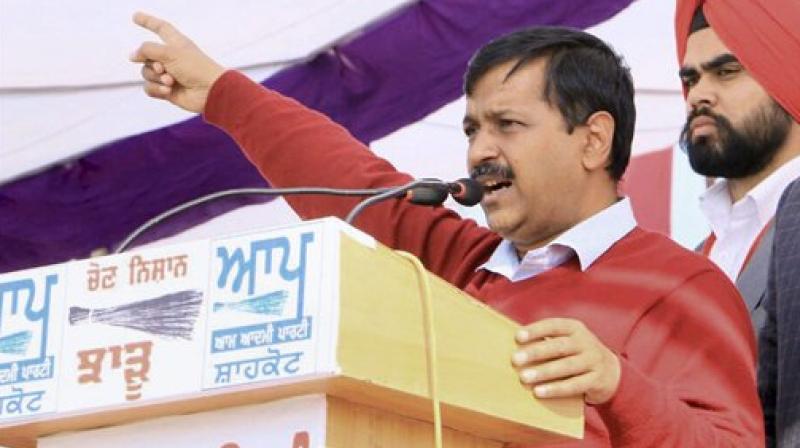 New Delhi: Asserting that he was “fighting” for the dues of the people, Delhi chief minister Arvind Kejriwal on Thursday asked people to have faith in his government. He said the AAP government will undertake more development works in remaining three years of its term.

“Have faith in us, we will do all the (development) works. You can see how they are creating hurdles on daily basis. I am fighting for you with them,” Mr Kejriwal said.

The AAP, which came to power in February 2015, has had frequent run-ins with the BJP-led Centre and the Lieutenant Governor’s office over various issues. The party has repeatedly accused the Centre of “not allowing” the Delhi government to work freely.

Mr Kejriwal said his government was working round-the-clock for the poor who voted for AAP. “We won 67 out of 70 (Assembly) seats. Poor people voted for us, not those living in big bungalows and kothis. It is our duty to serve you. We work 24 hours for you,” he said.

The chief minister was speaking after inaugurating a 2 MVA transformer, first in the city, at thickly populated Joga Bai Extension in Okhla. He highlighted the work done by his government in education and health sectors.

“The work done by the AAP government in schools and hospitals is talked about in foreign countries. The question is why did not Congress and BJP governments do anything,” he said.

Mr Kejriwal stated that the AAP government was saving “large sums of mo-ney” and utilising them in development work.

He also hit out at the previous Congress and BJP governments in Delhi for making excuses of “lack of funds”. “They used to make excuses that the governments had no money. Where are we getting the money from to provide free of cost medicines, tests and operations, lay water pipelines and build schools? It is because you voted for an honest party. We do not take money or allow our officers to take money,” he asserted.