Two brothers and one of the brother’s wife among deceased. 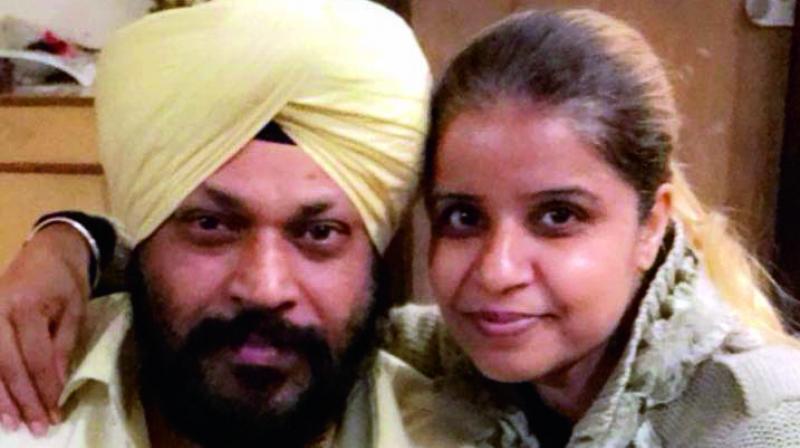 Two separate FIRs have been registered, the police said, adding, three persons, including two bouncers, have been arrested. (Photo: File)

New Delhi: An alleged decade-long dispute over a property took a bloody turn on Thursday night when three members of a family were killed following a fight between two brothers over a parking space in northwest Delhi’s Model Town.

Two separate FIRs have been registered, the police said, adding, three persons, including two bouncers, have been arrested.

According to police, the deceased have been identified as Jaspal (52), his wife Prabhjot, and his brother Gurjeet (48). Their bodies were taken to three separate hospitals, where the doctors declared them brought dead.

“The two brothers, who live in the same building on ground and first floor, have been at loggerheads for years. Gurjeet’s family had an argument with his brother Jaspal late Thursday night,” the police said.

According to a police officer, at around 11.20 pm, the two businessmen brothers started fighting outside their house over parking spaces.

“Fearing that Gurjeet and his bouncers would attack him, Jaspal took out his kirpan and stabbed his brother. When he collapsed on the  ground, two private bouncers — Vicky and Pawan — who were hired by Gurjeet, fired at Jaspal and his wife Prabhjot when she came to his rescue. Gurjeet’s son Gurnoor was also injured,” the police said.

“Vicky and Pawan fled the spot after the incident, but they were arrested from Kondli border while trying to escape to Haryana. The weapons used in the crime were recovered from their possession,” said DCP (Northwest) Aslam Khan.

In the meantime, Prabhjot’s daughter Haripriya came out of the house after hearing the gunshots and called the PCR. She then asked a passerby to help her take her family members to a local hospital.

On Friday morning, the bodies were shifted to BJRM hospital where the post-mortem was conducted. Cases under Section 302 of the IPC and Arms Act have been pressed against them.

Six years ago their father passed away. Since then Jaspal and Gurjeet indulged in heated arguments over property, the police officer said.