Mr Modi is said to have told Dr Kumar that he himself agreed in principle with the humanitarian issues he had raised. 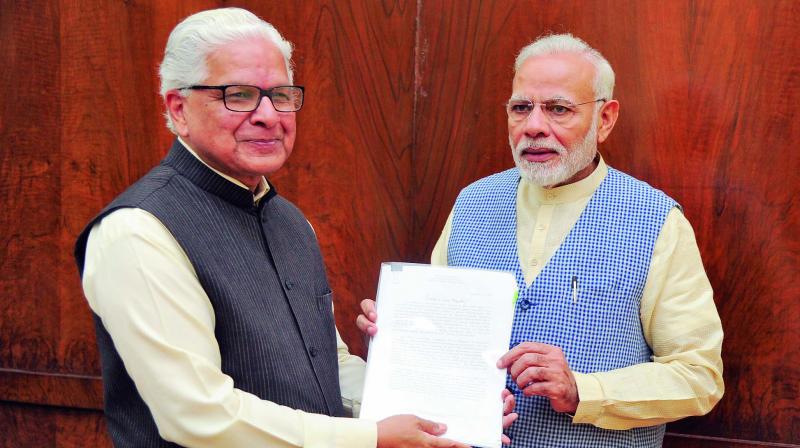 Dr Kumar, who met Mr Modi in his Parliament House Office, said there was an urgent need to bring in a standalone privacy protection legislation based on the privacy law proposed by a Committee of Experts  under the chairmanship of Justice (retired) A P Shah in 2011.

In wake of the ongoing data secrecy leak debate, Dr Kumar told the PM that the issue of privacy of the individuals was a non-negotiable  constitutional and humanitarian fundamental right and thereby, it needs to be protected.

Dr Kumar also submitted a letter to the PM  in which he said that Justice Shah's report as per his understanding was  yet to be finally considered by the government.

The letter said, “I believe  that the proposed law recommended by Justice Shah will advance citizens’ right to privacy, reputation and dignity.”

During his 25-minute meeting with the PM, Mr Modi is said to have told Dr Kumar that he himself agreed in principle with the humanitarian issues  he had raised.

Mr Modi assured Dr. Kumar of his personal, urgent and positive attention to the need for enacting purposive legislations to protect the individual’s right to dignity, privacy and reputation. The PM also said that the liberal and libertarian ethos of the Constitution needs to be safeguarded.