Busy areas under EDMC to be swept twice a day 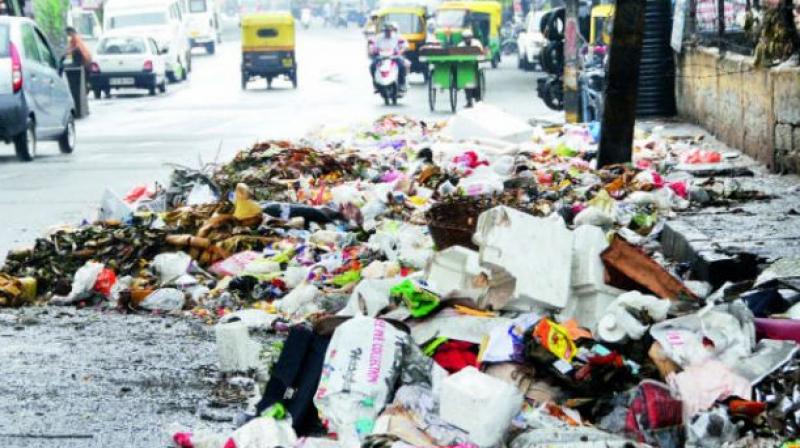 New Delhi: Busy commercial areas under the East Delhi Municipal Corporation (EDMC) will now be sweeped twice a day as part of the civic body’s efforts to clean the places under its jurisdiction. The step was taken after it was seen that commercial places were generating more garbage, which made these areas look unattractive. The EDMC on Monday also flagged off 10 new garbage lifting trucks to ensure proper transportation of municipal waste to landfill sites.

EDMC’s standing committee chairman Jitendra Chaudhary said that the corporation has started sweeping and cleaning commercial areas twice — once in the morning and also in afternoon. This initiative has been taken to strengthen sanitation of these areas, especially those with more footfall.

The special sweeping drive is aimed at giving the areas a better aesthetic look. The BJP-ruled EDMC has adopted Swachchh Bharat Mission as a guiding force. EDMC’s mayor Satya Sharma, meanwhile, flagged off 10 new trucks to collect garbage at its headquarters in Patparganj. “Additional 10 trucks for garbage collection have been procured at the cost of Rs 199.34 lakh under the Swachchh Bharat Mission. The EDMC is committed to make the mission a success,” said Ms Sharma.

According to Mr Chau-dhary, 39 drivers on contact basis have been hired for these trucks. “These trucks comply with the Bharat Stage-IV emission norms and are laced with GPS for online monitoring. Under the Swachchh Bharat Miss-ion, 10 new trucks and 15 new loaders would be procure,” he added.

The EDMC has also undertaken an initiative to decongest and beautify Vikas Marg, the main thoroughfare linking East Delhi with ITO.

As part of the drive, unauthorised encroachments are being removed from roadside by the EDMC squads. Bins have also been kept along the road to prevent passersby from littering. “The decongestion campaign involves issuing challans to vehicle owners who park at the roadside for days and impounding such vehicles, said the official.