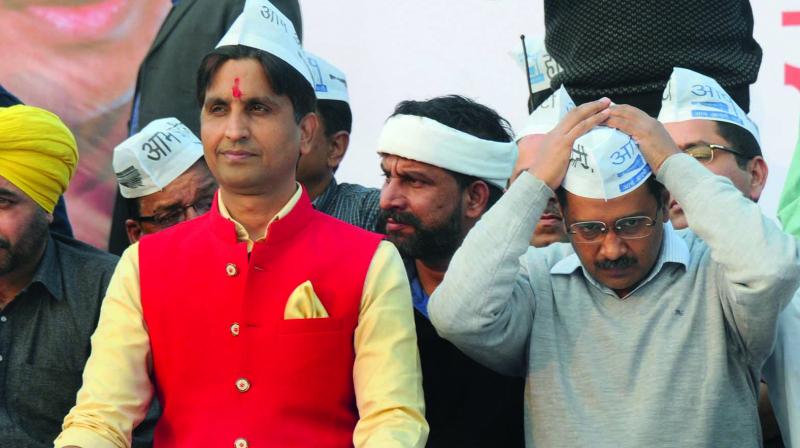 Launching a scathing attack on BJP, Mr Kejriwal said, “They were so unnerved with our work that they snatched the Anti-Corruption Bureau from us. They sent paramilitary forces, perhaps for the first time in India’s history, to take over the ACB building.”

Mr Kejriwal said that despite the Centre’s war against his government, his administration kept on working for the welfare of the people.

“No government has worked as much in 70 years as we have and this is my challenge. Delhi has the cheapest electricity and free water now. Delhi hospitals have free medicines and free medical tests. Public schools have been completely turned around,” he said.

On the upcoming Gujarat elections, Mr Kejriwal said: “We should unite and vote for candidates who will uproot BJP from Gujarat. We should vote against the BJP.”

Speaking on the occasion, Mr Sisodia urged people to repeat the first few lines from the Preamble of Indian Constitution saying that it is the main goal of his party also. He also paid homage to 26/11 martyrs. The event concluded with the national anthem.

Even AAP top leader Gopal Rai spoke his heart, “We are the fastest growing party and many people are jealous, but we should be united and keep growing.”