The police is trying to trace other accused persons who are absconding. 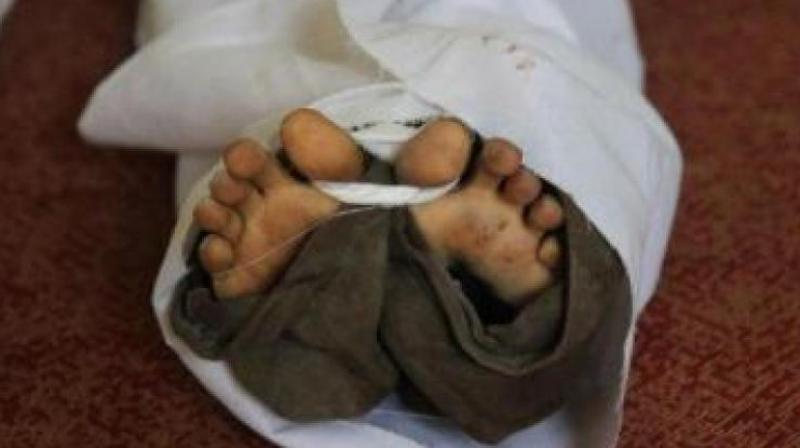 New Delhi: In a suspected case of honour killing, a 25-year-old youth was allegedly abducted and beaten to death in northwest Delhi’s Bawana. The incident was captured on a video by the accused, including the cousin of a minor girl the victim was in relationship with.

The deceased was identified as Sahil alias Gapchu, a resident of Bawana. The four accused have been identified as Rakesh, Manish, Lokesh and Nitesh. The incident took place on October 23.

The deceased was abducted by the accused and taken to Sonipat in Haryana in his car.

They then dumped the body in a canal in Sonipat and set ablaze the victim’s car. The crime branch has arrested accused Rakesh in this regard, a police official privy to the probe said. During interrogation, he admitted to his involvement in killing Sahil.

The police said Sahil was in a relationship with a minor girl and on the intervening night of October 23 and 24, at about 3 am, he had taken his car to drop the girl near her house in Bawana. Since it was late and the girl had not returned home, her cousin Rakesh and his friends were looking for her.

Meanwhile, Rakesh spotted Sahil dropping his sister which made him furious. Following this, he and Manish then took Sahil to Silana in Sonipat to their friend Nitesh’s house, where they beat up Sahil and strangled to death. Subsequently, all the accused went back to their homes.

When Sahil didn’t reach home, his uncle approached the Bawana police station and registered a kidnapping case. He gave the names of the suspected accused, after which the crime branch team nabbed Rakesh.

The police is trying to trace other accused persons who are absconding.