Foreign brands have approach Diamond Comics to work together. 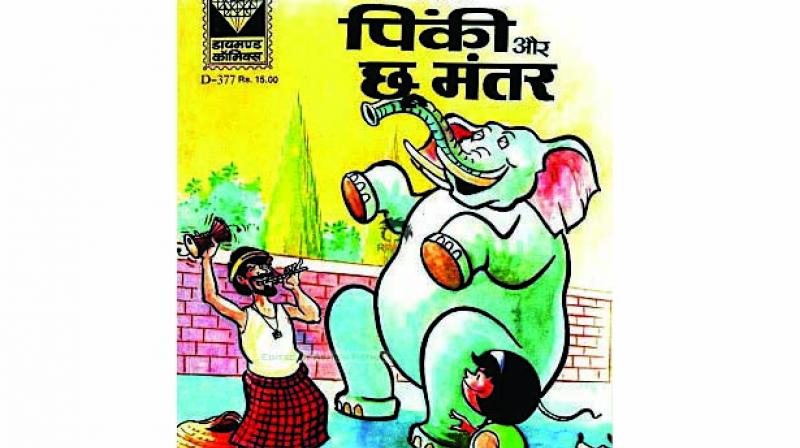 Started in 1978, Diamond Comics is full of memorable characters like Chacha Chaudhary, Billoo, and Motu-Patlu.

New Delhi: Global players such as Disney and Japanese Manga are now eyeing the lucrative Indian comic book market and have approached leading publishers in the national capital to work together. The famous Diamond Comics, which has given the Indian audience memorable characters like Chacha Chaudhary and Billoo, was recently approached by the international brands to collaborate.

However, the plan is still at a nascent stage since the foreign publishers mostly cater to the urban market and are still working on ways to break into the rural market as well.

The Indian comic market is itself going through a churning phase with the industry finding ways to thrive in the age of internet and cable.

Gulshan Rai, creator of Diamond Comics, said that at a time when Marvel and DC movies are capturing the Indian screens, the global market has failed to do so in the Indian comic book industry.

Mr Rai was recently app-roached by teams of Disn-ey and Japanese Manga artists for collaboration.

“But they don’t understand the market here. The readership of such comics is limited only to urban areas, where readers have an idea of the characters and their universes. Print media, especially comics, will never perish. Our readership will only increase with time,” said Mr Rai.

Started in 1978, Diamond Comics is full of memorable characters like Chacha Chaudhary, Billoo, and Motu-Patlu. Mr Rai said that comics have been able to conform themselves to the needs of the present times.

He admitted that even though the comic industry suffered a slump from 1999-2003, the industry has come out stronger than ever. YouTube and companies like Amazon and Snapdeal have helped comics expand its reach.

India’s comic industry began in the mid 1960s with the launch of Indr-ajal comics.

Its impact on the culture is evident by the fact that Indian comics was even popular among those living outside their country.

Fatima Syed Husain (19), an NRI from Dammam in Saudi Arabia, recalled: “Since I lived here, away from the country I belonged to, Tinkle comics got me in touch with the Indian aura and sense of humour. I would often use them as an excuse to forget school and other things for a short while.”