A group of men hurled communal slurs at Junaid and his brothers and attacked them after an altercation, allegedly over seats. 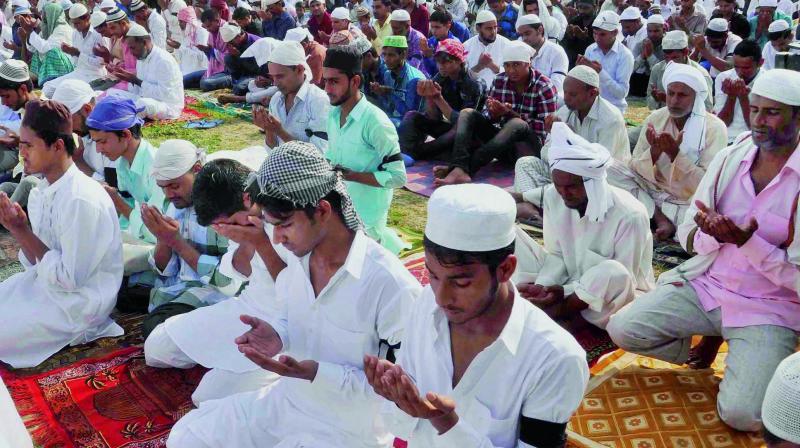 New Delhi: Residents of Faridabad’s Khandwali village wore black bands on Monday to mourn the loss of Junaid, who was killed on his way back from Delhi after Id shopping.

Despair loomed over the village as residents came out for morning namaz on the day of Id. Some villagers wondered if “the spate of lynching” would ever end.

“We could not have celebrated Id with the usual sense of joy considering how Junaid was killed. So we decided to mark our protest by wearing black bands around our arms,” Shakeel, a resident of Khandawli in Ballabgarh near Delhi, told reporters.

He claimed that residents of neighbouring villages were also protesting the incident by wearing black bands during the morning prayers on Id.

The Muslim residents, who wore black bands during the special morning namaz, said Id has lost all its meaning and wondered if “the spate of lynchings” would ever end.

Junaid’s father Jallaludin (55) told reporters that Id would never be the same for the family. Though prayers were offered in the morning, no Id celebrations were held here.

The villagers gathered around Jallaludin and other family members, consoling them in their hour of grief. Jallaludin, while trying to console Hashim, dismissed the police’s claim that Junaid was killed because of a dispute over the sharing of a seat.

“Junaid had, in fact, vacated a seat for an elderly person. The seat theory is being cooked up as an excuse. The incident is purely communal in nature and my son was targeted because of his religious identity,” he said.

Junaid, who harboured the dream of becoming a cleric at the Jama Masjid, was stabbed to death on June 22 on a Mathura-bound train while returning from Delhi’s Sadar Bazar after shopping. He was accompanied by two of his brothers. A group of men hurled communal slurs at Junaid and his brothers and attacked them after an altercation, allegedly over seats.

“When will this stop? After every such incident, the government offers some compensation and people move on. But the question is, will it ever stop?” one of the villagers said. He also questioned the efficacy of the administration in acting against the accused, wondering why only one arrest has been made in four days.