Meanwhile, reports of stone pelting have emerged from locations close to the site of the Army camp attack. 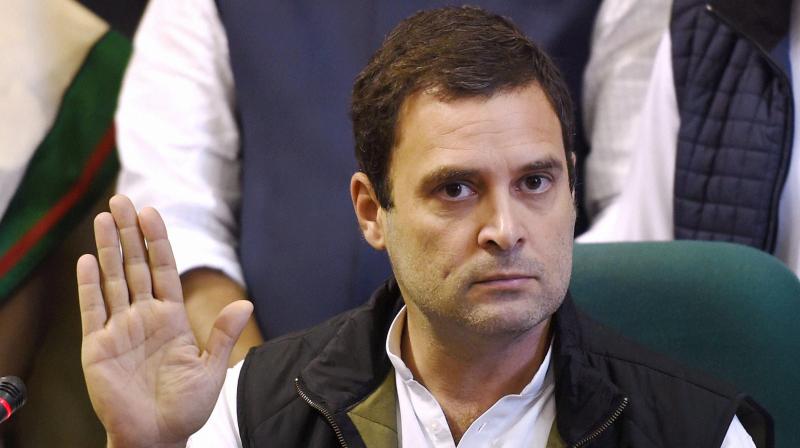 New Delhi: With the nation mourning the death of three Indian Army soldiers, killed in a terrorist attack at an Army camp in Kupwara, Jammu and Kashmir, Congress vice-president on Thursday called for a 'strategic and decisive action' to meet with such repeated attacks.

Taking to the twitter, Gandhi said, "Repeated terrorist attacks, esp on army camps is extremely worrying. Must be met with strategic & decisive action. My heartfelt condolences to the families of our three brave soldiers martyred in the Kupwara attack."

Meanwhile, reports of stone pelting have emerged from locations close to the site of the Army camp attack.

At least three soldiers including an Army officer lost their lives in the attack.

The injured soldiers were airlifted to Army's 92 Base Hospital for treatment.

Two terrorists were eliminated and combing operations were launched to ensure no untoward elements were left in the vicinity.

The political fraternity has come together in condemning the attack and paying tribute to the slain soldiers.