The BJP retained its turf with an impressive 181 wards, while AAP and Congress had to content with 48 and 30 wards. 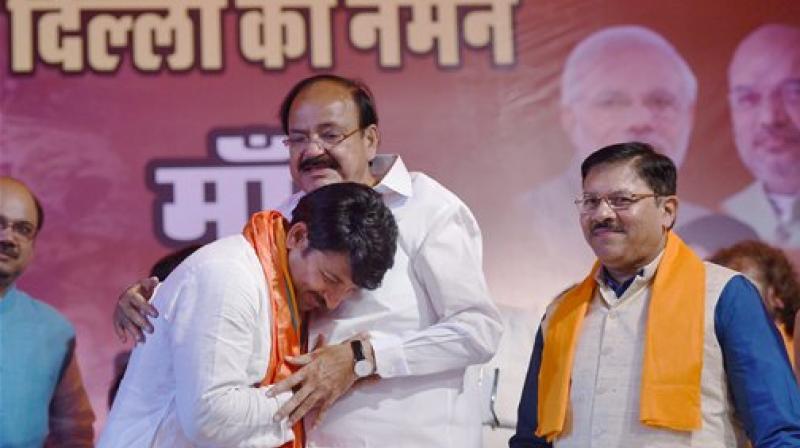 New Delhi: The Delhi State Election Commission on Wednesday asserted that the civic polls were held in a "transparent and impartial manner", even as a bruised AAP raised the spectre of an "EVM wave" across the national capital.

"The elections and the counting have passed off peacefully. And it proves that we carried out the exercise in a transparent and impartial manner. And, no one can doubt it," Delhi State Election Commissioner SK Srivastava told reporters.

He was responding to a question over AAP leader Manish Sisodia's "EVM wave" remark earlier in the day, after the poll verdict, which reduced AAP to a distant second.

"EVM tampering is the bitter truth of the country's democracy. One can crack jokes on us initially, but fearing being made fun of, we cannot refrain from speaking the truth," Sisodia, the Deputy Chief Minister of Delhi, told reporters.

Senior minister in the Delhi government Gopal Rai said an "EVM wave" is sweeping across the city. By 11 am, only one AAP candidate, Ashok Kumar, had registered a win. He won east Delhi's Shakurpur ward.

The AAP, led by Chief Minister Arvind Kejriwal, had been raising the issue of alleged tampering of EVMs. The Commission, however, remained steadfast on its stand.

On the day of the polling, Srivastava had said, "Out of 13,000 polling stations, EVMs were changed in only 18 cases. It shows our EVMs are unhackable, robust and no wrong can be done. It (the number) speaks for itself," Srivastava said, adding that the machines have done well.

Today, he reiterated, his stand that the Generation-1 EVMs, used in the polls, were "foolproof".

The BJP retained its turf with an impressive 181 wards, while AAP and Congress had to content with 48 and 30 wards.