Commuting from Delhi to Meerut to be smoother with Delhi government considering giving green signal to first line. 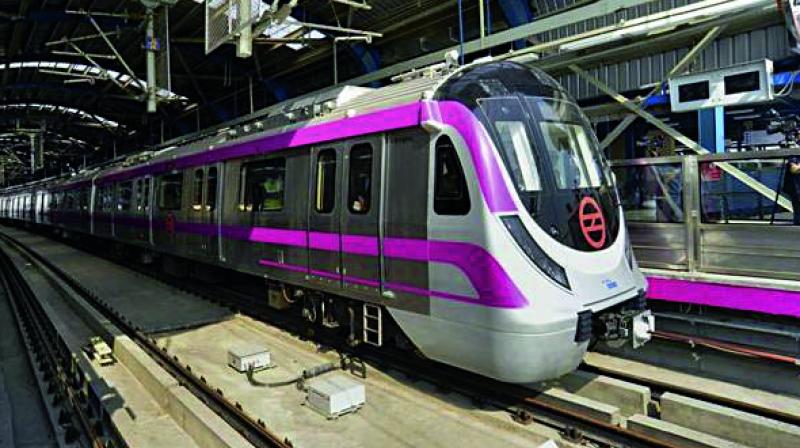 This is the first time that Metro train and high speed rail will run on the same track. (Representational image

In a related development, the National Capital Region Transport Corporation (NCRTC), which is executing the RRTS project, has allowed the Uttar Pradesh government to run Metro trains on the same high speed railway track within Meerut. This is the first time that Metro train and high speed rail will run on the same track. The high-speed rail will cover the distance from Meerut to New Delhi in around 30 minutes.

As per latest information, the pre-construction activities have been started and the construction work is expected to start from July. However, the Delhi government is yet to approve the detailed project report to this effect.

RRTS is different from Metro as it caters to passengers looking to travel relatively longer distances with fewer stops and at higher speed. RRTS is three times faster than Metro. Commuting from Delhi to Meerut and vice versa will be smoother with the Delhi government considering giving green signal to the first line of the RRTS corridor between Delhi and Meerut.

According to the minutes of the meeting accessed by this newspaper, the ministry has requested the Delhi government to provide the required approval expeditiously.

At the meeting with the National Capital Region Planning Board, the Delhi government has sought some clarification on the implications of goods and services tax and the change of alignment of the corridor.

The NCRTC is yet to give the fresh funding pattern as per GST. It has also made minor changes in the alignment of the corridor. Sources in the government said that the DPR report is likely to be pla-ced before the Delhi Cabinet in the next 15 days.

“Once approval is obtained from the Delhi government, the DPR would be submitted to the ministry of HUA for further approval,” the sources added.

It is learnt that the UP government has appointed several committees to shift and relocate the utility services.

The total length of the corridor is 90.2 kms. There would be 17 stations. Of these, two will be in Delhi and the rest in UP. It is a new, dedicated, high speed, high capacity, comfortable commuter service connecting regional nodes in NCR.