Unable to land due to congestion, flights are often forced to hover above airports, particularly at Delhi and Mumbai, resulting in delays. 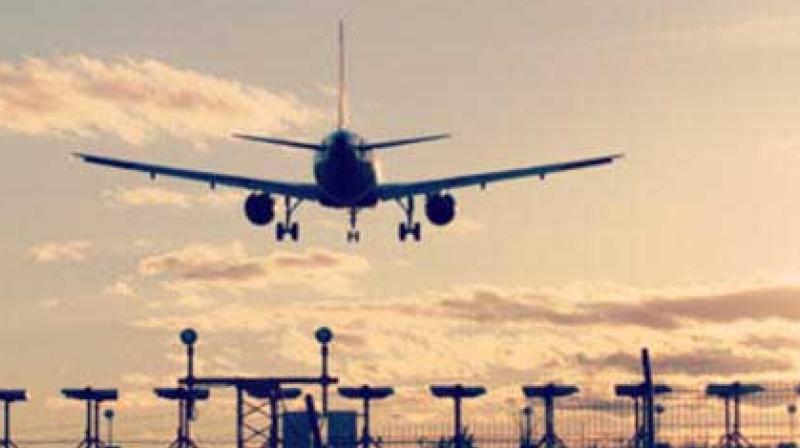 New system would integrate data from airlines, airports and air-traffic agencies and inform airlines about the time planes will be parked at the destination airport well before departure.

New Delhi: In a bid to decongest air traffic at the Indira Gandhi International (IGI) Airport from early next fiscal, the Airport Authority of India (AAI) is set to put in place a new mechanism for regulating traffic.

AAI is working towards the implementation of a centrally-controlled Air Traffic Flow Management (C-AFTM) system across the country’s airspace and major airports, particularly those with high traffic density, in its bid to cut travel time for fliers.

The C-AFTM system, coming up at an estimated cost of Rs 107 crore, is to be initially implemented at the Delhi, Mumbai, Chennai, Hyderabad, Bengaluru and Kolkata airports. Once in place, it would reduce the holding time of planes over airports, an AAI spokesperson said. The trials for C-AFTM system implementation at Delhi airport has already began and in all likelihood, it would be functional from April this year, he said.

Earlier in the day, AAI announced dedicating the C-ATFM system to the nation on the occasion of the country’s 68th Republic Day at a function presided over by its chief, Guruprasad Mohapatra, in the presence of several senior officials.

Unable to land due to congestion, flights are often forced to hover above airports, particularly at Delhi and Mumbai, resulting in delays.

The new system would integrate data from airlines, airports and air-traffic agencies and inform airlines about the time planes will be parked at the destination airport well before departure.

India is on the threshold of becoming the seventh country in the world to implement the Air Traffic Flow Control Measures across its airports, Mr Mohapatra said in a statement, adding, “Once the system is in place, it would help in reducing carbon foot print, fuel savings and economic benefits to the air travelers.” With the introduction of C-ATFM, airiness are expected to save as much as Rs 1,680 crore per annum on account of less fuel burn besides providing enhanced safety to the air passengers, the AAI said.

The system is primarily meant to address the balancing of capacity against the demand to achieve optimum utilisation of the major resources.