Delhi: Men on a bike snatch phone from diplomat

Eenam Gambhir stated that her handset had a US-registered SIM card and some confidential documents related to her work. 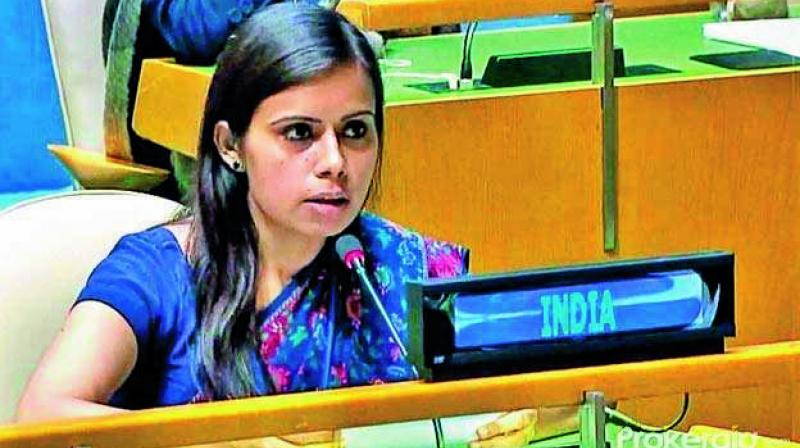 New Delhi: Latest in the snatching series, bike-borne men swiped the mobile phone of Eenam Gambhir, the first secretary of the permanent mission of India to the United Nations.

According to police, the incident took place at about 11.30 pm in Rohini’s Sector 7 on Saturday when Ms Gambhir had gone for a walk with her mother post dinner. The accused snatched her iPhone 7 on the pretext of asking directions, the police said.

Since it was evening, the victim could not note down the vehicle’s registration number. The 34-year-old Indian Foreign Service officer posted in New York is home on vacation. In her complaint, the diplomat said that the accused asked her for directions to Hanuman Mandir. When she started pointing towards the temple while holding her phone, they snatched it and fled.

Ms Gambhir stated that her handset had a US-registered SIM card and some confidential documents related to her work.

In September this year, after Pakistani Prime Minister Shahid Khaqan Abbasi raked up the Kashmir issue at the United Nations General Assembly, Ms Gambhir, exercising India’s right to reply, had made a strong rebuttal by calling Pakistan a “terroristan.”

Based on the diplomat’s statement, a case under Sections 356 (Assault or criminal force in an attempt to commit theft of property carried by a person), 379 (Punishment for theft), and 34 (Acts done by several persons in furtherance of common intention) was registered at the Rohini North police station against two unidentified men. Till Sunday evening, the police had not identified the snatchers.

Earlier in September, Ukrainian ambassador Igor Polikha’s mobile phone was snatched while he was taking pictures of the Red Fort, following which one person was arrested.

Delhi police has registered as many as 7,870 cases of snatching this year till November 30.