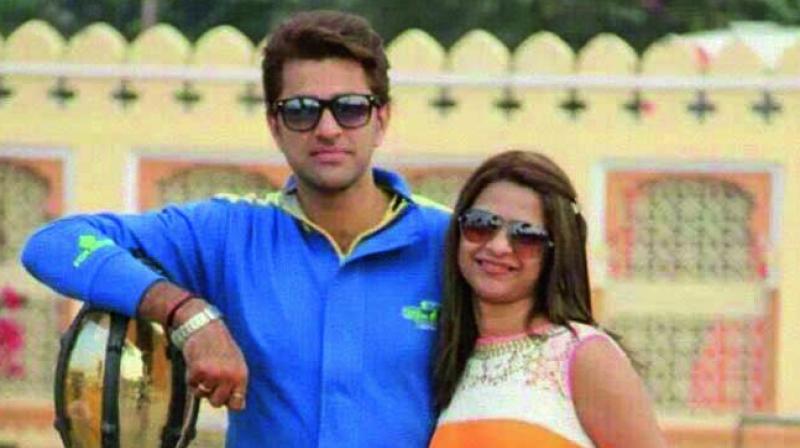 New Delhi: A 34-year-old woman was shot dead by two unidentified assailants in the early hours of Wednesday in Rohini. The police suspect that the murder was an outcome of debt-related matter. A murder case has been registered at Shalimar Bagh police station and several teams have been formed to arrest the shooters.

Priya Mehra, the a resident of Rohini sector 15, was in the car with her husband Pankaj Mehra, who owns Blue Bull café and her two-year-old son when two men in a car intercepted them around 4 am. She was shot in the eye and on the neck.

The deceased’s husband Pankaj said that they decided to go to Bangla Sahib Gurdwara on Tuesday night following a visit to Jama Masjid for dinner. After that, when they were returning home, a car driven rashly overtook their car at a U-turn near Rohini prison complex. “I thought they may be drunk and I wouldn’t get into any brawl. But one of them came out of the car, pulled out a pistol and hit it on the window breaking it,” he said. Pankaj claimed that the man then hit him above his eyebrow after which he held the pistol but the man fired a shot. “When he shot the first round, the window of the passenger seat broke. I thought it had it didn’t hit Priya but it did,” he said. When the husband resisted, the man shot another round which hit Priya in the neck. The killer tried to shoot the third time but his pistol got jammed. Meanwhile, Pankaj, put the car in gear and managed to flee. “I immediately called the police. I asked them to come to Saroj Hospital because I was going to take Priya. At the hospital doctors denied treatment and waited for the cops to arrive,” he added. However, the police said that she was declared brought dead on arrival. Suspecting the reason behind the attack, Pankaj said that he owed around `40 lakhs to a Sonipat-based money lender Monu who had been threatening him to return the money. “I have known him since 2013 and monetary transactions between us have been happening ever since but for the last few months, I haven’t been able to give the interest and he has been threatening me,” he said. Pankaj used to run a small clothing business in Chandni Chowk till a year ago. Last year, he opened a restaurant in North Delhi’s Hudson lane by the name of Blue Bull Café which he decided to shut in the last week of September because of losses and threats.