The prices of onion in Delhi are increasing by manifold but the Kejriwal government is a sitting like a mere spectator. 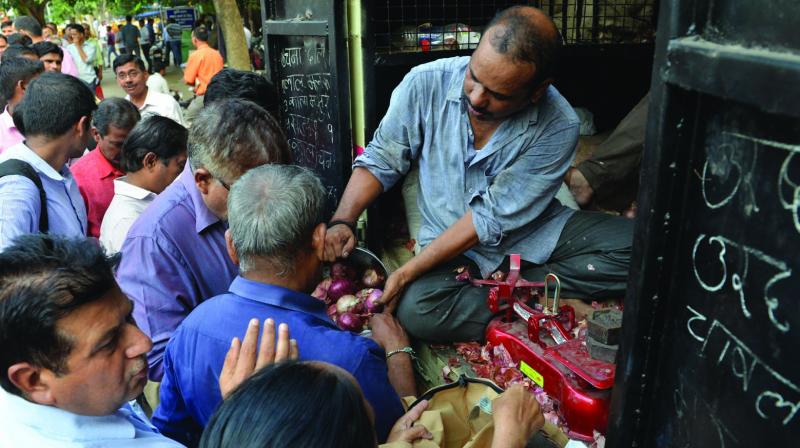 “Mr Paswan clearly told me that the Centre can provide onions for Delhi at `16 per kg from NAFED but we need the Delhi government’s response for it,” said Mr Goel accusing the Arvind Kejriwal government of manufacturing the problem of rise of onion prices.

According to Mr Goel, in view of the onion crisis, the Centre has already stored 50,000 tonnes of onion, out of which, it can provide onion to the state government at `16 per kg.

“The Delhi government, however, has not procured onion from the Central government and is misleading people,” he said.