71per cent living in cities have poor muscle health: Study 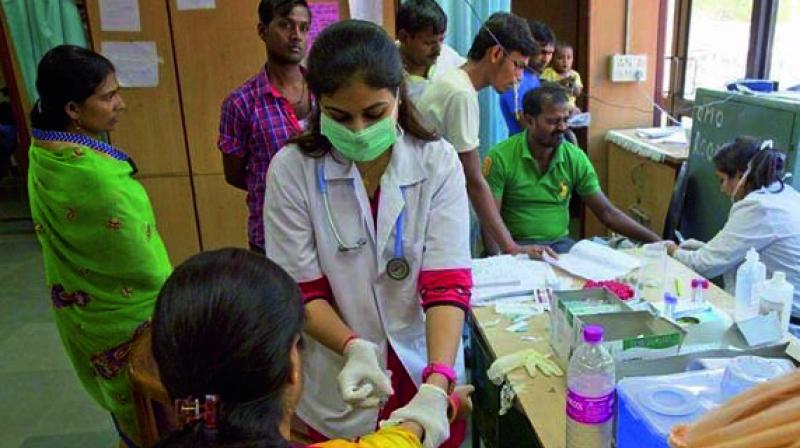 Delhi has a lower percentage of people with poor muscle mass, with 64 per cent of both males and females.(Representational Image)

The study was conducted across eight cities — Delhi, Mumbai, Kolkata, Chennai, Ahmedabad, Lucknow, Patna and Hyderabad and covered 1,243 respondents, who were a mix of working and non-working individuals between the age of 30-55 years.

The study was conducted by InBody, a global leader in body composition analysis, in association with IPSOS, an opinion research firm, found that an alarmingly large proportion of Indians suffer from poor muscle health.

“68 per cent Indians have lower body protein content than required levels, leading to poor muscle health. From the eight surveyed cities, the data revealed that more than 70 per cent of males and females in the age group of 30-50 need to gain more muscle mass,” it said.

According to the study, seven out of 10 people at the pan India level having poor muscle health. “It is a matter of great concern and it is important to find out ways and means to address this issue.

There is an urgent need to spread awareness about muscle health, role of protein intake and exercise for a healthy life. Poor muscle mass could lead to impaired muscle function, fatigue and poor metabolic health,” it added. The stu-dy suggested that adquate intake of dietary proteins is vital to maintaining muscle mass as it ensures the provision of essential amino acids and stimulates protein synthesis.