Maneka suggests that AIIMS to demarcate areas for eating. 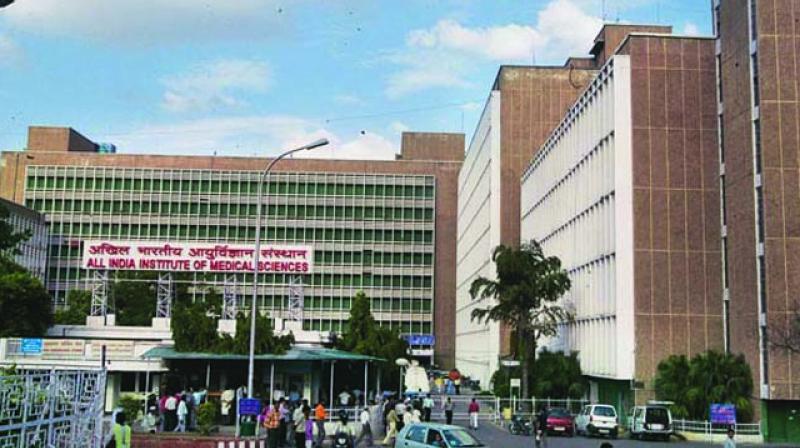 New Delhi: Union women and child development minister Maneka Gandhi on Wednesday said that easy availability of food should be strictly monitored at All India Institute of of Medical Sciences (AIIMS), a day after AIIMS resident doctors asked her intervention to put an end to growing menace of monkeys and dogs at the hospital.

Ms Gandhi said that a place should be demarcated where people can eat food. Leftovers strewn on the premises attract these animals.

Worried over the increasing number of patients suffering from monkey and dog bites in the AIIMS, the resident doctors had sought Ms Gandhi's intervention and suggestions on the matter.

Resident Doctors’ Association of the AIIMS president Harjit Singh Bhatti had written to the Union minister seeking her intervention in keeping patients and staff safe from dogs and monkeys at the premises.

In the letter, Mr Bhatti said there has been a steep increase in the number of dogs and monkeys on the premises and that around three to four persons (including patients, doctors, student, professors) per day and around 100 persons per month are bitten by these animals and receive anti-rabies vaccine from the emergency medicine department.

“The problem is the easy availability of food. If this is strictly monitored then all these animals will disappear overnight. Otherwise we can keep removing  dogs and monkeys, but they will be replaced overnight by new groups. Is it possible for you to do anything about the food?" she asked.

Ms Gandhi suggested demarcating areas where the people can eat. The premises should have  closed dustbins where leftover food and wrappers can be thrown, she suggested.

“People can be asked to eat at a particular place. I suggest you think about this and come up with ideas. Then I would be glad to have a meeting at your premises or at my office and call all the necessary people to help you,” she said.

The Union minister also suggested that an audio message be played through loudspeakers telling people the dangers of sharing food with animals and throwing food on the premises.