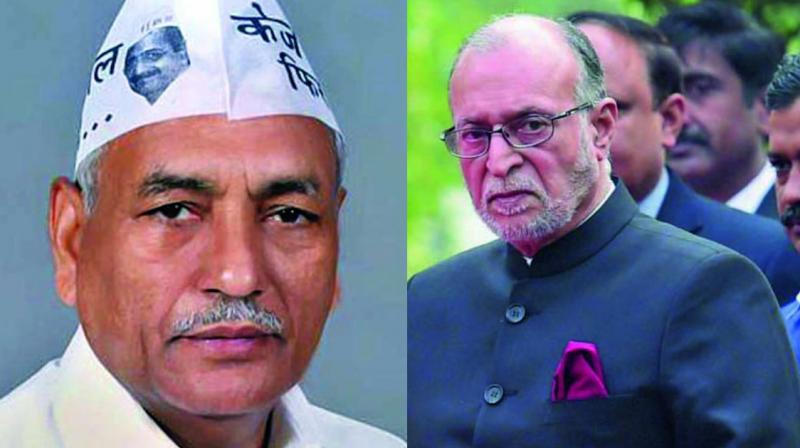 New Delhi: Miffed at a communication sent by lieutenant-governor Anil Baijal asking him not to admit questions on reserved subjects, Delhi Assembly Speaker Ram Niwas Goel has shot off a letter to Lok Sabha Speaker Sumitra Mahajan alleging that the power of legislation is being encroached upon by the L-G who has “killed” democracy with his order.

Noting that he is also exploring legal option on the issue, Mr Goel in his letter to Ms Mahajan has demanded that the L-G’s communication be withdrawn immediately.

Last month, the ministry of law advised the L-G’s office to communicate to the Speaker that he should not admit questions related to reserved subjects such as public order, police, services and land, with the departments concerned refusing to answer questions on this ground.

During the Budget Session of the Assembly, Mr Goel, deputy chief minister Manish Sisodia, Cabinet ministers and AAP MLAs wore black bands in protest against the Centre’s move. Mr Goel had said the central government has “insulted” the Delhi Assembly with the directive.

Informing the House on March 28, Mr Goel said out of 40 questions, the House has not received answers of 17 questions as the departments concerned have denied answering on “reserved subject”. “It is unfortunate that the law ministry has issued such directions. It is a very dangerous incident in the history of Independent India. The Centre’s move is highly condemnable... I want to sit with black band as mark of protest,” Mr Goel had said.