Manish Sisodia said that more than 1.78 lakh youngsters got employment in the last seven years in Delhi 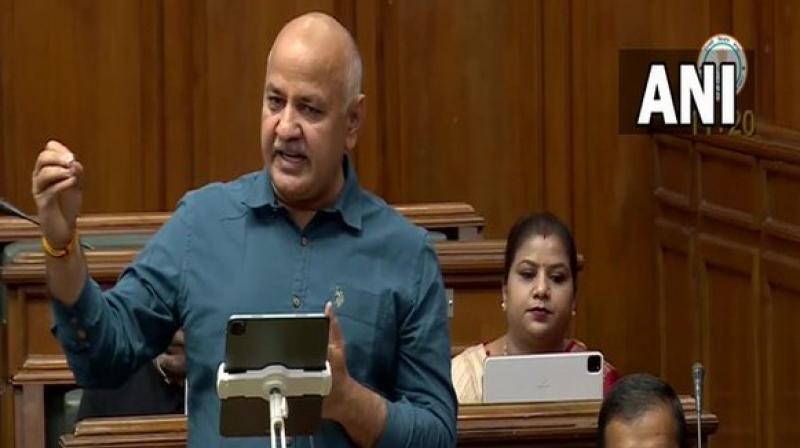 Delhi Finance Minister and Deputy Chief Minister Manish Sisodia on Friday presented the 8th Annual Budget in the Assembly which focuses on employment.

"In the last seven years, the government has provided employment in schools, colleges, university and government departments, Sisodia said. About 25,000 teachers were deployed on an ad-hoc basis and 10 lakh people got jobs in private sectors after COVID," he said added.

"Today we are presenting 'Rozgaar Budget' which aims to accelerate economic welfare. Through 'Rozgaar budget' we aim to generate 5 lakh more jobs in the next five years. I will put plans to take the economy of Delhi on the path of progress and generate lakhs of employment opportunities out of this progress," said Sisodia.

He further said that more than 1.78 lakh youngsters got employment in the last seven years in Delhi.

He said that through the Delhi Rozgar Portal, 10 lakh jobs in the private sector were created in the post-COVID period.

The Finance Minister said that the economy of Delhi is slowly emerging from challenges amid the five waves of COVID-19 and due to this the Gross State Domestic Product (GSDP) of Delhi at the current market prices is likely to increase from Rs 7,85,342 crore in 2020-21 to Rs 9,23,967 crore in 2021-22. There was an increase of 17.65 per cent as compared to last year, he said.

"The real growth rate of Delhi's GSDP in the year 2021-22 is likely to be 10.23 per cent whereas, at the national level, this growth rate is estimated to be 8.9 per cent. We are again reaching the level of pre-pandemic economic activities," he added.

"Under the leadership of Chief Minister Arvind Kejriwal, we are aiming to increase the percentage of the working population of Delhi from the current 33 per cent to 45 per cent in the next five years," Sisodia said.

That is, out of the total population of 1 crore 68 lakh people of Delhi, these 56 lakh people who do some employment at present, we will have to increase their number to 76 lakhs, he added.

He said that the government has chosen the retail sector, food and beverages, logistic and supply chain, travel and tourism, entertainment, construction, real estate and green energy sectors as a priority to create new jobs.