Delhi Congress chief Ajay Maken was campaigning in the city for the upcoming civic polls. 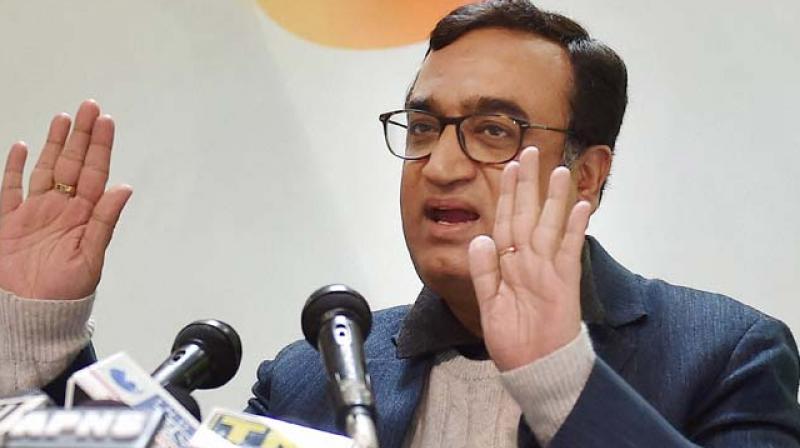 New Delhi: Ahead of the civic polls in the national capital, the Congress on Monday presented its roadmap to make Delhi the "cleanest and most beautiful" city in the world.

"If the party wins the civic polls, it will make the municipal corporations self-reliant in two years and develop Delhi as the cleanest and most beautiful city in the world," Delhi Congress chief Ajay Maken said.

He said the party's top priority after winning the MCD polls will be payment of dues, including Rs 1,563 crore arrear to sanitation workers, and regularisation of temporary staff.

Senior party leader Jairam Ramesh said, "The roadmap will remain a mere dream if the three municipal corporations do not become financially self-sufficient in two years."

The former environment minister said when he raised the slogan "Pehle Shauchalaya Phir Devalaya" he was "mocked", but now the Modi government is also aiming to make the country open defecation free.

"The 'Swachh Bharat Mission' by the Modi government is nothing but 'Nirmal Bharat' scheme launched by the Congress-led UPA government in 2011 which aimed at making the country open defecation free," he claimed.

"When the BJP came to power in 2014, three states, Sikkim, Kerala and Himachal Pradesh, were set to become open defecation free in a matter of months. The Modi government claimed it to be a success of Swachh Bharat Mission," Ramesh said.

Hitting out at both the BJP and the AAP, he said over 60,000 sanitation workers in Delhi were not paid salaries on time even as the ruling BJP at the Centre is promoting 'Swachh Bharat' and Delhi is ruled by the AAP, the symbol of which is a broom.

The four landfill sites in the city, where 40 percent of 9,000 metric tonne solid waste is dumped every day, are the "most dangerous" places in the national capital in terms of health, particularly for children, Ramesh said.

The Delhi Congress chief blamed the Centre and the Delhi government for the poor condition of sanitation in the national capital.

"Prime Minister Narendra Modi's Swachh Bharat Mission is being mocked the most in the city where he lives. Also, sanitation workers in Delhi were forced to go on strikes five times in last two years over non-payment of salaries even though the ruling AAP's poll symbol is a broom," he said.