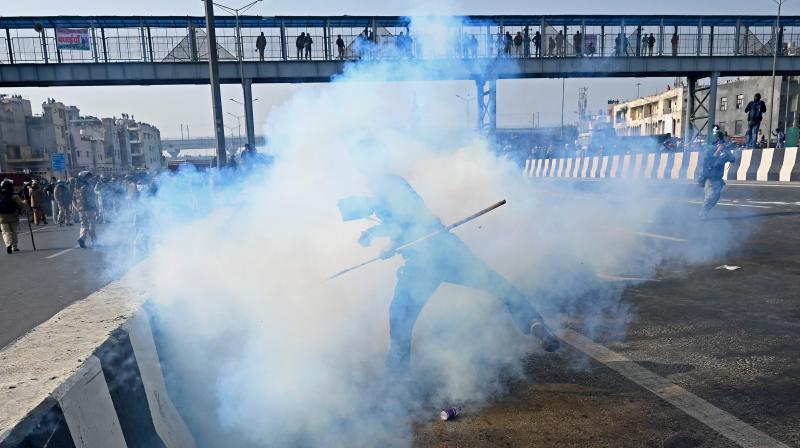 A farmer throws back a tear gas shell towards police during a tractor rally as farmers continue to protest against the central government's recent agricultural reforms in New Delhi on January 26, 2021. (AFP)

New Delhi: The entry and exit gates of more than 10 metro stations in central and north Delhi were temporarily closed on Tuesday following clashes between police and protesting protesters at a number of places in the national capital.

Police used tear gas on groups of farmers and resorted to baton charge as protestors broke past barricades at different border points and did not take the pre-decided routes for their tractor parade in the national capital.

The Delhi Metro Rail Corporation took to Twitter to inform the public about the temporary closure of metro station gates.

The Delhi Police had given permission to farmers protesting the three farm laws to hold their tractor parade on selected routes only after the official Republic Day parade on the Rajpath concludes.

However chaos ensued as the farmers were were adamant of heading towards central Delhi and way ahead of the designated time.