Reacting to the allegation, Mr Kejriwal invited Mr Shah to see for himself the condition of government schools in Delhi. 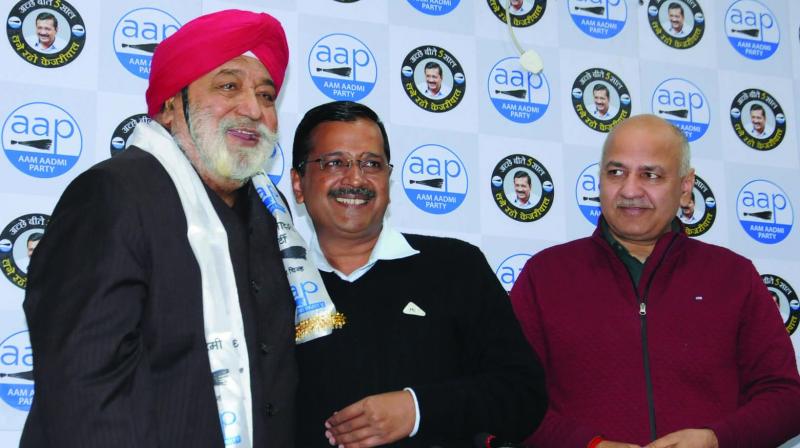 New Delhi: AAP national convener and chief minister Arvind Kejriwal told Amit Shah on Saturday not to make education a part of “dirty politics” or make fun of the hard work put in by students, teachers, and parents of Delhi government schools.

The Delhi chief minister’s reply came after Mr Shah alleged that the AAP did not build new schools after coming to power and also that the condition of existing schools deteriorated. “Kejriwal had promised to build 500 schools. Far from building new schools, the condition of existing schools is also in shambles. More than 700 schools do not have principals, more than 1,000 schools do not have science wing, there is shortage of 19,000 teachers. The Kejriwal government could not spend 30 per cent of the education budget,” Mr Shah tweeted.

Reacting to the allegation, Mr Kejriwal invited Mr Shah to see for himself the condition of government schools in Delhi. “Don’t make education a part of your dirty politics. Please take out time and come with me to visit government schools,” he said at a press conference.

He also said that former BJP minister and four-time MLA Harsharan Singh Balli is joining the AAP. Mr Balli was also present at the press conference.

Talking to media persons in a press conference, Delhi BJP president Manoj Tiwari said: “Aam Aadmi Party made false claims before the people through costly advertisements. Union home minister Amit Shah, national president J.P. Nadda and myself have held public meetings in Delhi in which we have asked the people whether any new schools has been opened and everywhere the people replied that no schools have been opened which clearly shows that AAP has not fulfilled its promise.”