This census is being carried out simultaneously in 27 countries from January 7 to 21. 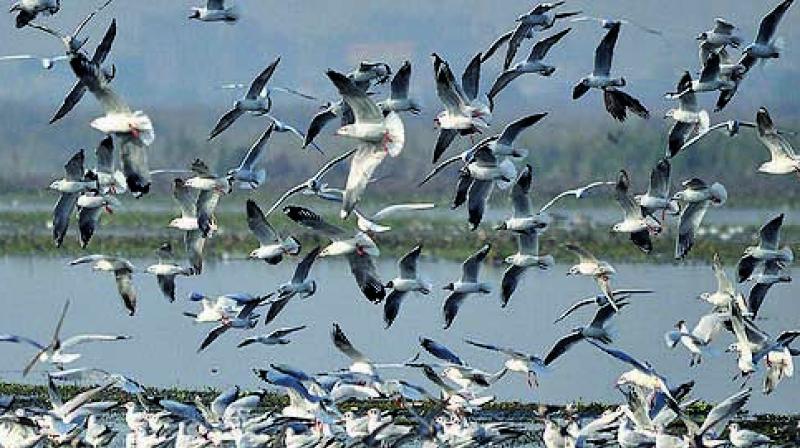 The count is carried out at important wetlands and it helps in identifying and protecting new sites of importance for water birds.

New Delhi: The number of birds in Okhla Bird Sanctuary has almost doubled this year, according to a census. A total of 6,183 birds were counted at the sanctuary, as compared to 3,113 last year.

This year, six birds which are “threatened”, according to the International Union for the Conservation of Nature (IUCN) red list, were also spotted. These are Black-headed Ibis, Painted Stork, Oriental Darter, Common Pochard, Black-tailed Godwit and Greater Spotted Eagle.

This census is being carried out simultaneously in 27 countries from January 7 to 21. For Delhi region, it is being done in three days till Monday in wetland sites like Okhla Bird Sanctuary, Surajpur wetland, Najafgarh drain and jheel, stretches of the Yamuna river and Sanjay Lake, and will see participation of more than 15 volunteers.

With the threat of bird flu in the last few months of 2016, the findings of this census clearly show that H5N8 influenza virus had nearly no impact on these birding hotspots. No deaths were reported from these wetland sites, except for Delhi Zoo.

This yearly census is done in January with the aim of conservation and management of wetlands and water birds. The count is carried out at important wetlands and it helps in identifying and protecting new sites of importance for water birds.

The result of the census and information are also used to promote the national water bird, wetland conservation and international cooperation.