The idea is to have private operators on board for running AC buses on the pattern of existing cluster scheme. 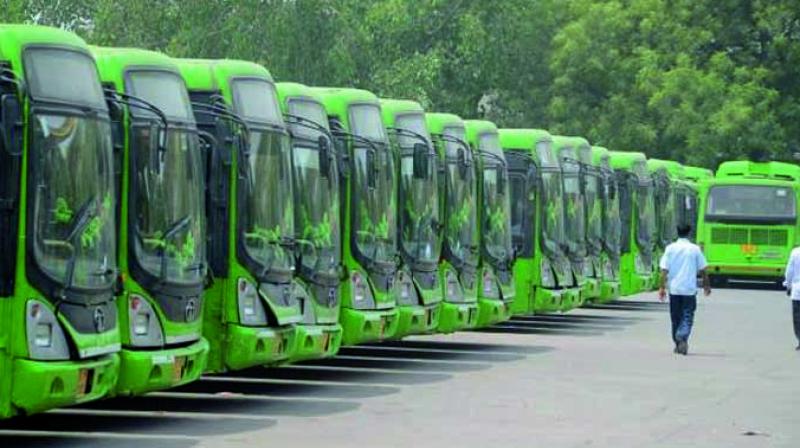 The combined strength of 5,600 buses manages to cover nearly 75 per cent of the identified routes in the city.

New Delhi: In view of shortage of public transport buses, the Delhi government is considering a policy of running app-based air-conditioned (AC) buses through private operators in the capital.

The idea is to have private operators on board for running AC buses on the pattern of existing cluster scheme. According to a government official, a policy regarding this will be discussed by the transport department and the policy would be finalised in the near future.

According to official figures, there is a need for around 11,000 buses to cover all the civic areas in the city. There are a total of around 865 bus routes in the capital, while the Delhi Transport Corporation (DTC) has a fleet of 3,944 buses and 1.650 under the Delhi Integrated Multimodal Transit System (DIMTS).

The combined strength of 5,600 buses manages to cover nearly 75 per cent of the identified routes in the city. The policy being discussed is likely to offer stage carriage permits to private operators to ply buses on designated routes to pick and drop passengers.

“The department will fix clusters, routes and timing, while the private partners will take care of buses and staff, the policy envisages,” he said. The policy may allow all size AC buses with their fares being higher than existing ones of DTC and cluster buses, he added.