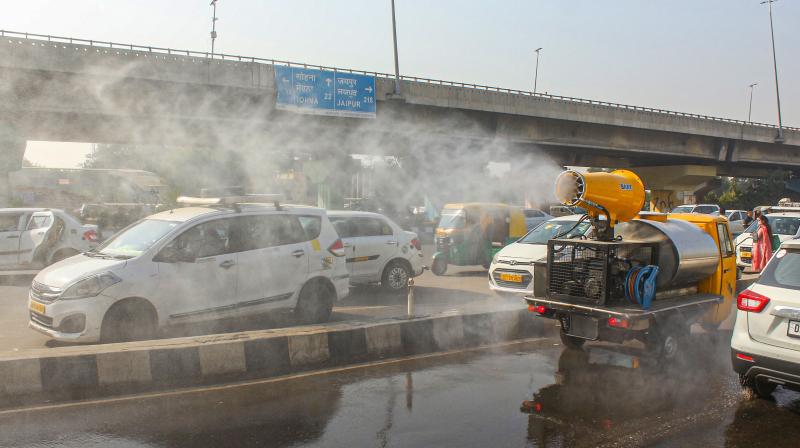 New Delhi: The air quality in Delhi plunged to "very poor" category on Thursday, according to per the System of Air Quality and Weather Forecasting and Research (SAFAR).

The overall Air Quality Index (AQI) has dipped again from 280 on Sunday to 330 today.

It further said that on November 27 local surface winds are likely to increase resulting in improvement of air quality but expected to be within the 'very poor' category.

"With the onset winter conditions local weather is likely to be dominating in determining air quality," it added.

Gurugram and Noida recorded AQI of 276 and 123 respectively in "poor" and "severe" categories.

Sujeet Kumar, a Delhi resident said, "Every day I go out for a morning walk and when I step out of my house my eyes start to burn and I face breathing issues. The reason for the pollution in Delhi is the increasing number of vehicles and stubble burning. Government should come up with a long term plan because this is a regular problem here. Children are getting more affected."

Another resident said that he is also facing breathing issues and because of which we don't allow our children to step out of the house.

To tackle increasing air pollution levels in the national capital, Delhi Chief Minister Arvind Kejriwal on November 13 had announced a 'pollution lockdown' under which the schools were closed for physical classes. Classes, however, continued through online mediums.