Will work with Centre to improve law and order: CM Kejriwal

Since the Aam Aadmi Party came to power in 2015, the Delhi government has been at loggerheads with the Centre over several issues. 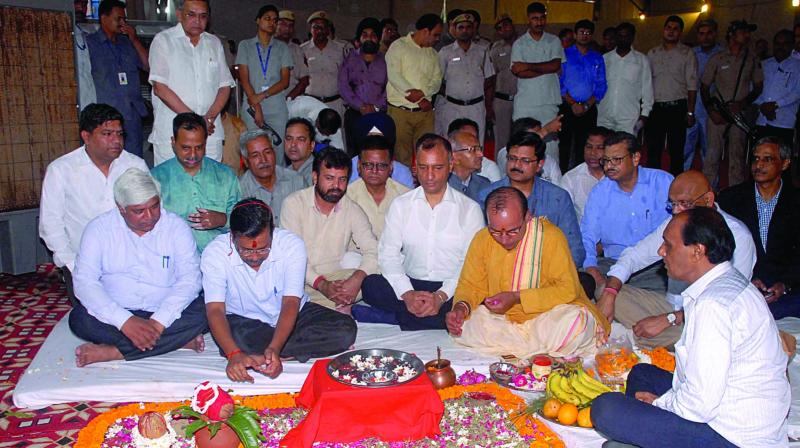 New Delhi: Delhi chief minister Arvind Kejriwal on Monday said that he will fully cooperate with the Centre to improve the law and order situation in the city, a day after his party held the BJP responsible for a spurt in crimes in the national capital. The city has reported nine murders since Saturday.

“We need to work together to improve the law and order situation in Delhi. The Delhi government has started installing CCTV cameras at a large scale. This will help a lot in controlling crimes in the capital. We will get the feed of any crime-taking place in the city. It will help in taking necessary steps immediately,” he said.

Earlier in the day, Aam Aadmi Party (AAP) leader Sanjay Singh said in the Rajya Sabha that Delhi was emerging as the “crime capital” of the country and urged the Home ministry to convene a meeting to discuss the issue. Mr Kerjiwal’s remarks come a few days after he assured Prime Minister Narendra Modi of his government’s cooperation to develop Delhi.

At a meeting with the Prime Minister recently, he had said he would examine the possibility of integrating the Centre’s Ayushman Bharat programme with his government’s health scheme in the national capital.

Since the Aam Aadmi Party came to power in 2015, the Delhi government has been at loggerheads with the Centre over several issues. Mr Kejriwal, his ministers and party leaders have often accused the Modi government of creating hurdles for the city government.

The CM also said that he would request the Centre to increase the quota of water allocated for the national capital, which has remained “unchanged” since 1994.

He also said that his government would provide 24x7 water supply to every resident of the city by 2024.

“Delhi does not have a water source of its own. Its allocation (quota) of Yamuna and Ganga water was decided in 1994,” he said.