46 per cent die every year after heart failure: Study

The study revealed that heart failure has different causes and varying levels of severity. 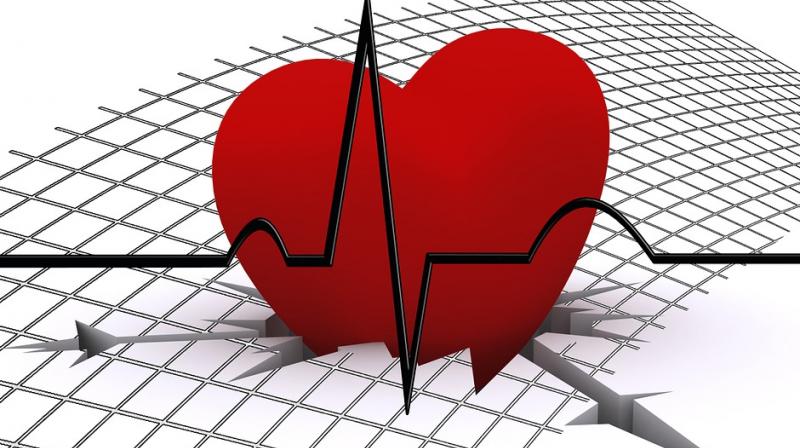 Data from low-income and middle-income cou-ntries suggests that mo-rtality in patients with heart failure in these countries is greater th-an that in the high inc-ome generating countries. (Photo: Pixabay)

New Delhi: A recent study has revealed that 46 per cent of Indians who suffer heart failure die within a year.

It was found that ischemic heart disease, also known as coronary artery disease, was the cause of death in 39 per cent cases and hypertensive heart disease is reason for deaths in 17 per cent patients. The patients — 60 per cent men and 40 per cent women — were followed up for six months.

The study, “International Congestive Heart Failure”, conducted across six countries, was aimed to measure mortality in patients due to heart failure in India, Africa, China, West Asia, Southeast Asia and South America. The rate of mortality amongst Indian patients is significantly higher than their counterparts in other countries.

The study revealed that heart failure has different causes and varying levels of severity. Common reasons lea-ding to heart failure are blocked arteries; heart attack; cardiomyopathy (damage to the heart muscles from infections or alcohol or drug abu-se); or conditions that cause overwork thus damaging the heart, like diabetes, high blood pressure, obesity, kidney disease, or thyroid malfunction. It was observed that in many cases heart failure does not have one single cause.

Data from low-income and middle-income countries suggests that mortality in patients with heart failure in these countries is greater than that in the high income generating countries.

According to Sundeep Mishra, professor of cardiology at AIIMS, with the availability of effective treatments to prevent death (so that patients survive with damaged heart muscles), incidences of heart failure is increasing in an epidemic proportion.